"When Christian Ganczarski, a German convert to Islam,
boarded an Air France flight from Riyadh on June 3,
2003, he knew only that the Saudi government had put him
under house arrest for an expired pilgrim visa and had
given his family one-way tickets back to Germany, with a
change of planes in Paris.

He had no idea that he was being secretly escorted by an
undercover officer sitting behind him, or that a senior
CIA officer was waiting at the end of the jet-way as
French authorities gently separated him from his family
and swept Ganczarski into French custody, where he
remains today on suspicion of associating with
terrorists.

Funded largely by the CIA's Counter-terrorist Center,
Alliance Base analyzes the transnational movement of
terrorist suspects and develops operations to catch or
spy on them.

Alliance Base demonstrates how most counter-terrorism
operations actually take place: through secretive
alliances between the CIA and other countries'
intelligence services. This is not the work of large
army formations, or even small special forces teams, but
of handfuls of U.S. intelligence case officers working
with handfuls of foreign operatives, often in tentative
arrangements." 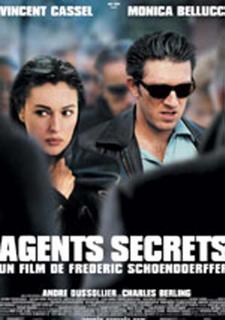 Posted by Unknown at 9:46 AM No comments:
Email ThisBlogThis!Share to TwitterShare to FacebookShare to Pinterest
Newer Posts Older Posts Home
Subscribe to: Posts (Atom)