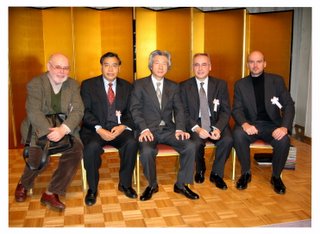 On this photo, the Prime Minister with a few Tokyo based
foreign correspondents including the author of this blog.
Junichiro Koizumi remains a fascinating enigma for the
world media and for Japan s watchers.

Prime Minister Junichiro Koizumi s authority, as LDP
leader and Prime Minister of what Keidanren calls " a
reborn Japan", has been strengthened by september 11th,
2005 election result. His term of office as party
president only has twelve months to run : In the run-up
to the election, there are some in the LDP ruling party
who want to see his term extended following his victory.

This was perhaps the first Japanese election fought on
the basis of policy rather than personality. Both major
parties had detailed manifestos covering most
significant political issues.

Nonetheless, Koizumi and the LDP focused on a single
issue, and Koizumi s personality was at the forefront of
electoral choice of Japanese populace.

The LDP had a program of 120 promises, but they were all
single sentences, most were vague and two key issues
namely Japan s bid to become a permanent member of the
UN Security Council and increasing consumption tax were
not mentioned.

Relations with Japan s neighbors are unlikely to change :

The LDP program (manifesto) promised to improve and
strengthen relations with South Korea and China and
cooperate to facilitate Asian unity.

However, Koizumi may interpret his election victory as
endorsement for his periodic visits to the Yasukuni
shrine, which arouse hostility in China and Korea. 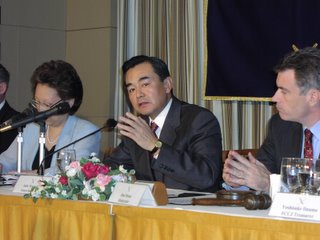 China s ambassador to Japan Wang Yi, told the foreign
press November 24th in Tokyo that Koizumi s visit to the
Tokyo war shrine was like "pouring salt into an open
wound" and said a Japan-China summit should take place
but "political obstacles" must first be overcome. "When
it comes to Japan s top leader paying respects at a
place where Class - A war criminals are enshrined, this
revives the bitter memories of those who suffered during
the war. It is like pouring salt into an open wound.
When the top leader does this, the people of China, the
biggest victim of the war, find this difficult to
overlook." Wang said, speaking in Japanese.


Washington, which has worked out closer security ties
with Japan in part to counter China s growing influence
in the region, will be pleased with the scale of Koizumi
s victory.

Koizumi can now claim to be the leader of a 'new' LDP,
in which his authority will be difficult to challenge at
a time when LDP ruled without nearly no interruption for
the last 50 years since 1955.

However, in the longer term, the LDP party s ability to
capitalize on the dramatic improvement in its political
fortunes will depend on who it chooses next year, in
2006, to succeed Koizumi or if Koizumi chooses to remain
the Prime Minister to deliver further more his reforms
not yet deeply rooted in the archipelago.

Much remains to achieve, indeed, and most Japanese
politics analysts wonder who else could transform Japan
and project the nation on the path of a stronger world
democracy and... appreciated as such a democracy. 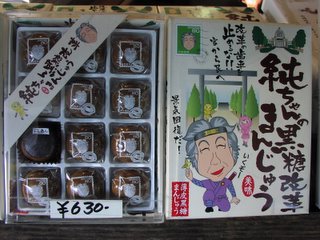