Taro Aso will announce a multi-billion-dollar aid package for Asian countries in a speech Saturday at the World Economic Forum in Davos, reports said. The three-year package from April 2009, worth 1.5 trillion yen (16.5 billion dollars), would be aimed at boosting the Asian economy through development programmes, including infrastructure projects, Jiji Press and other local media reported, without citing sources.

As one commentator alluded:

"Aso Taro promising to do his all to help save the global economy? After only four months in office, the dude cannot save his Cabinet." 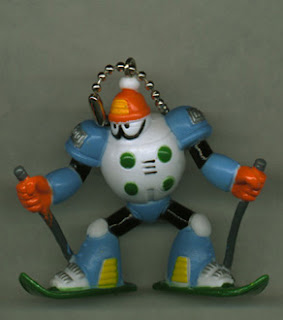 Prime Minister Taro Aso will make a three-day visit to Switzerland from Friday to attend the annual meeting of the World Economic Forum in the resort town of Davos, Chief Cabinet Secretary Takeo Kawamura said Thursday. Aso is scheduled to deliver an address Saturday on Japan's responses to the global economic crisis and climate change...

Prime Minister Taro Aso indicated Thursday that he intends to call an election "at an appropriate time" as his efforts to safeguard the nation's economy from the global economic crisis have started to take shape. "I have put all my efforts into compiling economic measures and budgets to finance steps to protect employment and the livelihood of the people from an unprecedented global financial crisis," Aso told a House of Representatives plenary session. "Therefore, I will seek a public mandate at an appropriate time after clarifying what the issues will be," the 68-year-old Japanese leader said.

Aso was responding to questions from Yukio Hatoyama, secretary general of the main opposition Democratic Party of Japan, who urged the prime minister to dissolve the lower house for an election as quickly as possible. In his first press conference this year on Jan. 4, Aso said his priority was to revive the recession hit economy and that he would not consider calling an election until the Diet passes the fiscal 2009 budget and related bills.
Posted by Unknown at 1:43 AM No comments:
Email ThisBlogThis!Share to TwitterShare to FacebookShare to Pinterest
Newer Posts Older Posts Home
Subscribe to: Posts (Atom)