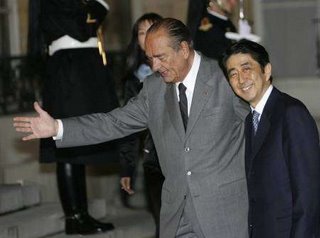 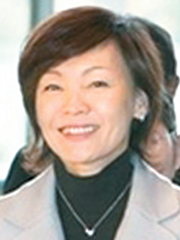 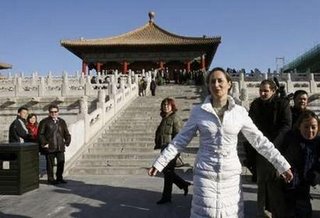 And if the US were to close the umbrella in Asia ? 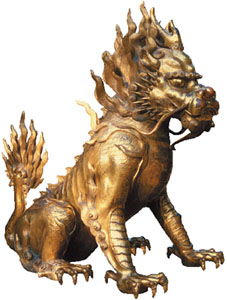 How long time for Japan to break ties with the US as
seen in recurrent disagreements about realignment, or
the hostility of the Japanese population towards US
troops occupation on Okinawa, or diplomatic
manipulation from Washington when Tokyo stated it is
time to think about acquiring the nuclear bomb if the
US do not fulfill their role because of other regional
conflicts such as Middle East Oiland, and "close the
umbrella in Asia"? How long time until an Asia
alliance with China and India, independently and with
reciprocity, comes to reality?

But to achieve this target, Japan needs to work harder
or to review processes. Japan's intention towards the
outside world is viewed as improper, mysterious,
unintelligible at best, or immoral in the worst case.
Why is it so? Why do the polls in Asia show a great
discomfort about Japanese policy?

Is it because Japan did not follow recently the keen
advises of two major opinion leaders, the ex prime
minister Nakasone Yasuhiro and the Yomiuri Newspaper
Watanabe Tsuneo and the latest in the rank LDP policy
maker Nakagawa Shoichi?

Is it because Japan diplomacy ends where trade and
industry starts? Is it because of a lack of freedom
in analyzing Japan's status in Asia and in the
concert of other nations? Is it because of its
natural trend to look inward sea rather that outside,
and last but not last, is it because of an
intellectual stubbornness and systemic corruption of
the society as one can see in the Shinzo Abe's
government stained by recent political case of
corruption? Is it a system permanently frozen about
reform and progress albeit all "tatemae" statements
that prevents the Japanese opposition and the Japanese
intellectuals to weight all their power into the
political and "societal" debate?

All of these reasons are most probably acceptable but
one option is also to consider : Is it because of
complacency and easy reliance on his ally, the US
maintaining a strong military force especially on the
Okinawa islands? Then, what are the real reasons
behind Mr. Abe's journey to Europe 9th to 13th January
prior to a "normal" visit to Washington? A new Nato
with a Pan Asia Pacific alliance? A move opposed by
France and most probably by China and Russia.

More realist is a quest for information transfer and
future international cooperation at an age when the
world is viewing new alliances in Asia. Among the
Asian nations China is the first one courted by so
many already, Indians, Japanese, Europeans, Africans,
Arabs, Latin Americans. Today's China still appears
as a gigantic laboratory with an enigma and the
questions remains to know what is Beijing
INTENTIONALITY's policy? * 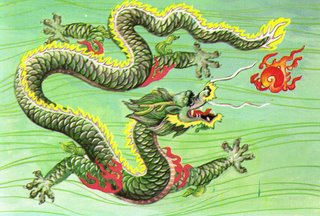 At this juncture of historical events and the
resurgence of the dangerous alliance policy, everyone
indeed remembers the "Alliance system" created the
horror of World War I with its millions of deaths for
a few lost acres of lands, at a moment when the spine
in the US feet troops in Middle East transforms into a
major catastrophe for the US Bush administration, some
believe it is time to re analyze the current trend of
the relations that Japan has with his so called ally.
Until when?

We introduce here extracts of the article of Douglas
Bandow, vice president for Policy of Citizen Outreach.
He is the author of "Leviathan Unchained :
Washington's Bipartisan Big Government Consensus". He
is a former senior fellow at Cato Institute, a
libertarian think tank. He resigned in 2005 due to a
payoff scandal involving lobbyist Jack Abramoff. He
worked in the Reagan administration as special
assistant to the president and also edited the
political magazine Inquiry. He is also a conservative
Presbyterian. His views here reveal a lot of the
American concerns towards Japan's policy.

" ... Washington needs to look for other, and
quicker, sources of relief. By encouraging Japan to
become a normal nation with normal defense
responsibilities, Washington can shed some of its
outdated Asian military commitments.

America's relationship with Japan remains heavily
freighted by history, including Article 9 of the
so-called peace constitution, which formally bars
creation of a military. But Japanese pacifism soon
lost its appeal to Washington in the midst of the Cold
War and Tokyo creatively reinterpreted the document,
allowing development of a potent "self-defense force."

Increased wealth has generated pressure on Tokyo to
play a greater international role. Even more
important has been a growing sense of vulnerability
from North Korea and China.

Alas, several of Japan?s bilateral relationships have
become more truculent. Some wounds have been
self-inflicted: Japanese officials, including Abe
before his elevation to prime minister, have continued
to visit the Yasukuni war shrine.

But it isn't all Japan's fault. Countries like China
and South Korea themselves are increasingly
nationalistic and have used anti-Japanese sentiment
for political advantage.

Neither can seriously believe that Tokyo will again
invade and occupy them. Beijing's stench of hypocrisy
is particularly strong, given its own historical
public amnesia.

Even as it begins to do more, Japan hopes to hold onto
its American defense subsidy. After taking office,
Prime Minister Sinzo Abe proclaimed: "The Japan-United
States alliance forms the foundation of our foreign
and security policy."

First, every security commitment is expensive, since
the U.S. has to create force structure to make good
on its defense promises. That's an important reason
why Washington now spends as much as the rest of the
world combined on the military.

Second, defense guarantees risk war. Washington's
promise to fight is expected to deter anyone else from
risking war. However, deterrence can fail, in which
case American involvement is inevitable, or almost so.

Moreover, providing superpower backing encourages
allied states to engage in potentially irresponsible
behavior. They certainly have less incentive to
invest in their own militaries.

Finally, acting as everyone's protector puts
Washington in the front lines of virtually every
regional controversy. There is no intrinsic reason
why America should, for instance, care who controls
the Paracel, Spratly, or Dokdo-Takeshima Islands. But
if its defense clients care, the U.S. is inevitably
involved.

In short, military alliances risk becoming
transmission belts of war, in this case with the
People's Republic of China.

In a future world of an assertive, powerful China, is
the U.S. better off with a gaggle of weak allies
dependent upon it, or a coalition of strong,
independent friends able to constrain Beijing on their
own? Obviously the latter.

American foreign policy should be adjusted to fit
changing circumstances. In the aftermath of World War
II, Washington had little choice but to shield
friendly states. Today, South Korea and Japan, in
particular, could defend themselves.

Washington should phase out its current troop presence
in Japan, already scheduled to drop by 8000 in 2012.
At the same time, the two countries should reach an
accord maintaining base access for U.S. air and naval
forces.

There also might be value in propositioning some
equipment in readiness for unpredictable
contingencies. Moreover, Washington should use its
diplomatic offices to help smooth the way for a more
significant Japanese role.

Some wonder whether Tokyo could be trusted with the
bomb. Do they mean compared to unstable Pakistan or
authoritarian China? The Japanese do not possess a
double dose of original sin. Moreover, the U.S.
government now risks Los Angeles to protect Tokyo.
Facing down China in a crisis would not be the same as
confronting Serbia or Iraq. Americanizing and nuclear
disputes between China and its neighbors is a policy
of potential catastrophe.

... the alliance needs to be updated for a new age.
Japan should become a normal nation with normal
defense responsibilities. The transformation won?t be
easy, but it is both necessary and inevitable.
Washington should make the process as smooth as
possible. "

End of quotes from the Examiner.

Is it in the interest of Asia, really...? 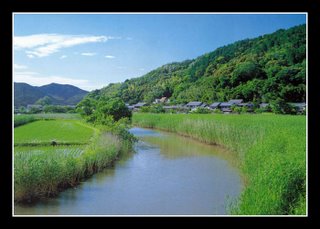 The term " intentionality " is often simplistically
summarized as "aboutness" or the relationship between
mental acts and the external world. Originally
intentionality was a concept from scholastic
philosophy. The concept of intentionality was later
reintroduced in 19th century contemporary philosophy
by the philosopher and psychologist Franz Brentano in
his work Psychologie vom Empirischen Standpunkte. The
concept of intentionality received more widespread
attention in current philosophy, both continental and
analytic. French philosopher Jean-Paul Sartre, in
Being and Nothingness, identified intentionality with
consciousness, stating that they were
indistinguishable from one another, a position that
was a stark contrast to Brentano's position that
intentionality is but one quality of mental phenomena.
German philosopher Martin Heidegger, in Being and
Time, defined intentionality as "care" (Sorge), a
sentient condition where an individual's
existentiality, facticity, and forfeiture to the world
identifies their ontological significance, in contrast
to that which is the mere ontic (thinghood). In the
field of social cognition and the study of folk
psychology, intentionality has a different meaning.
Human perceivers consider a behavior intentional when
it appears purposeful or done intentionally, that
is, based on reasons (beliefs, desires) and performed
with skill and awareness. N.B. intentionality (tion)
is not to be confused with intensionality (sion), a
concept from semantics. (Online Diction.)
Posted by Unknown at 9:58 AM No comments:
Email ThisBlogThis!Share to TwitterShare to FacebookShare to Pinterest
Newer Posts Older Posts Home
Subscribe to: Posts (Atom)