Have you tried Christmas in Tokyo? 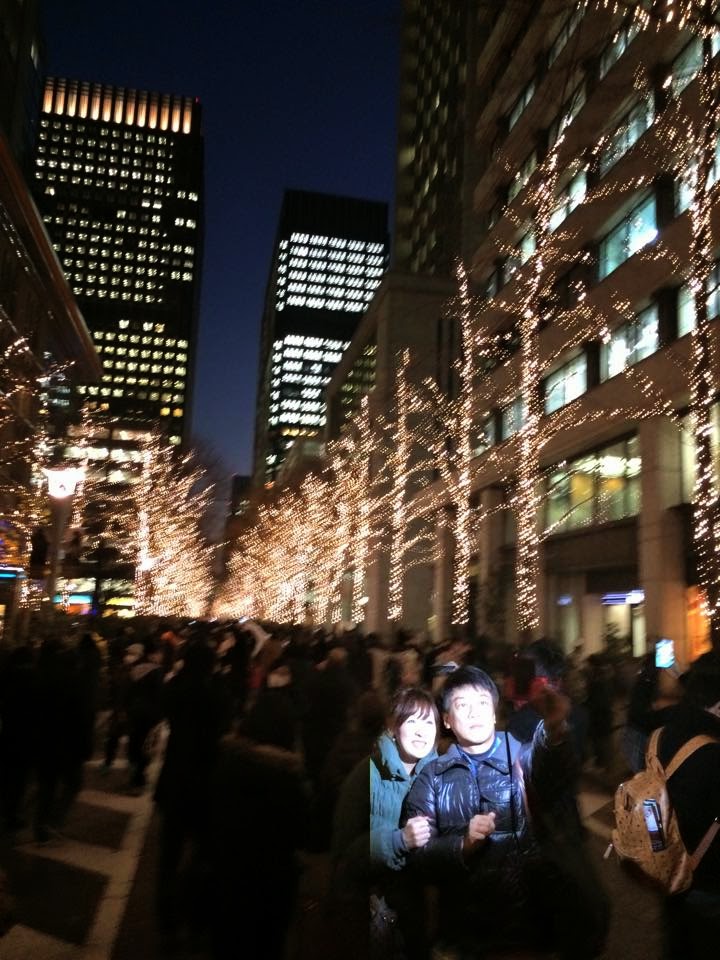 Christmas Eve 2014 in Tokyo... People rush, strictly marshalled by police and security staff this time nearby Tokyo station, pale lighting for the on going station 100th anniversary. Thousands of folks are packing to see a few LED lights and enjoying the view. More because everyone's here happy to be together and queue and wait than because of the show, poor in fact. But what shines catches crowds and on my right and my left everyone clicks and clicks. I like the pic of this young couple all of a sudden illuminated on the spot, the photo is showing their simple happiness to share together this moment. Oh boy that’s what counts after all.

I wonder though if, 3 years after Fukushima, people really understand what energy savings and life sustainability mean. I'm afraid not. Of course it's a pretty-like postcard. Does this really reflect Japan's reality what’s shown here in the heart of Tokyo? Other folks are glued windows watching on Ginza near by. Amazing enough, I did not see lots of people carrying many packets in hands in Tokyo streets. I did not see many children either. But I saw lots of Japanese young girls running after their Xmas date. With not fancy smiles or no exorbitant clothes on top. Wise on the surface. Some parts of Toyo are empty, except the usual Nihonbashi, Shibuya, Omote Sando, Shinjuku. Not much shopping, of course with the 8% tax… except Chinese Hong-Kongese and Indonesians (or were they Malaysians?) tourists with their hands full of bags, ギフトパッケージしてください and expensive watches, rings, bracelets bought at Tiffany, plus Mikimoto pearls necklaces.

Not far from Ginza, in Yurakucho, near my press club, on Xmas eve, the anti nuclear are there and demonstrate massively just after "Abe chan" was "theoretically re-elected prime minister until the next Lower House election up to four years away" as one paper puts it. These (numerous) anti-nuke folks choose to scream their anger for the victims of nuclear accidents and against the company managing the turmoil, against Abe etc. While other Japanese suddenly caught by loud megaphones are rushing home in the cold, heading back to their suburbs to breathe at least from the city lights rush, stress and exhaustion and cheers quietly in front of a good bottle of French wine for "Kurisumasu-クリスマス!" 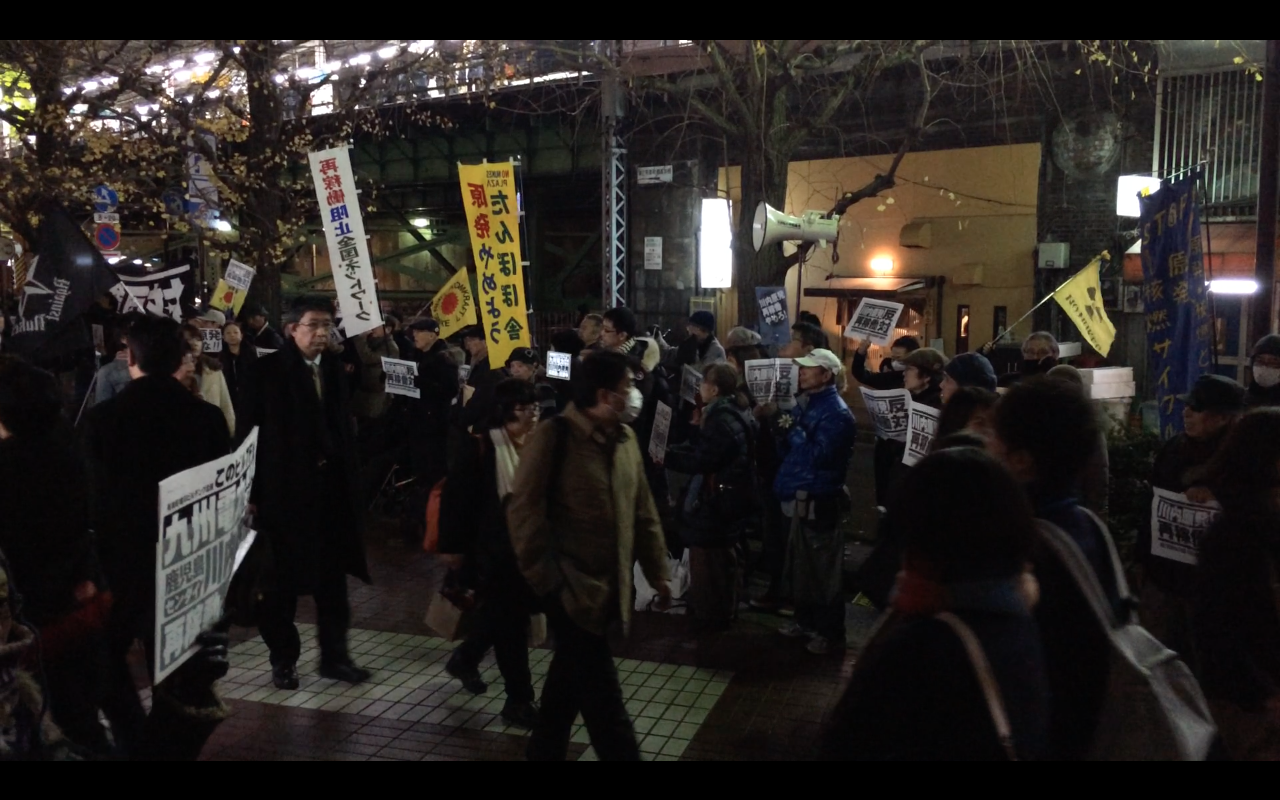 As I had to catch the time mood, I could not end up my stroll around Tokyo centre watching how Japanese feel tonight, prior to write my news report for my Francophone news channels partners, without being captured by a radically different view: a huge Santa Claus, blue painted (LED influence again?) standing at a shop near the Tokyo International Forum and not so far a lonely Winnie the Pooh who grabbed the eyes of tons of (again) Chinese and Hong Kongese tourists!

Today is 25th, back to work in Japan, slow motion anyway until New Year 2015 celebrations. Oh Oh Oh that will be really nice and really Japanese festival with a sparkling mood. It will be much better than the local Japanese TV's pre-agitated "happy Xmas anyway" in Tokyo centre, lacking more and more total imagination and creativity, on a 24th of December, actually lacking to give a national atmosphere perspective and celebration of what the archipelago is and that should be reflected in the capital, methinks...  Anaesthesia syndrome? 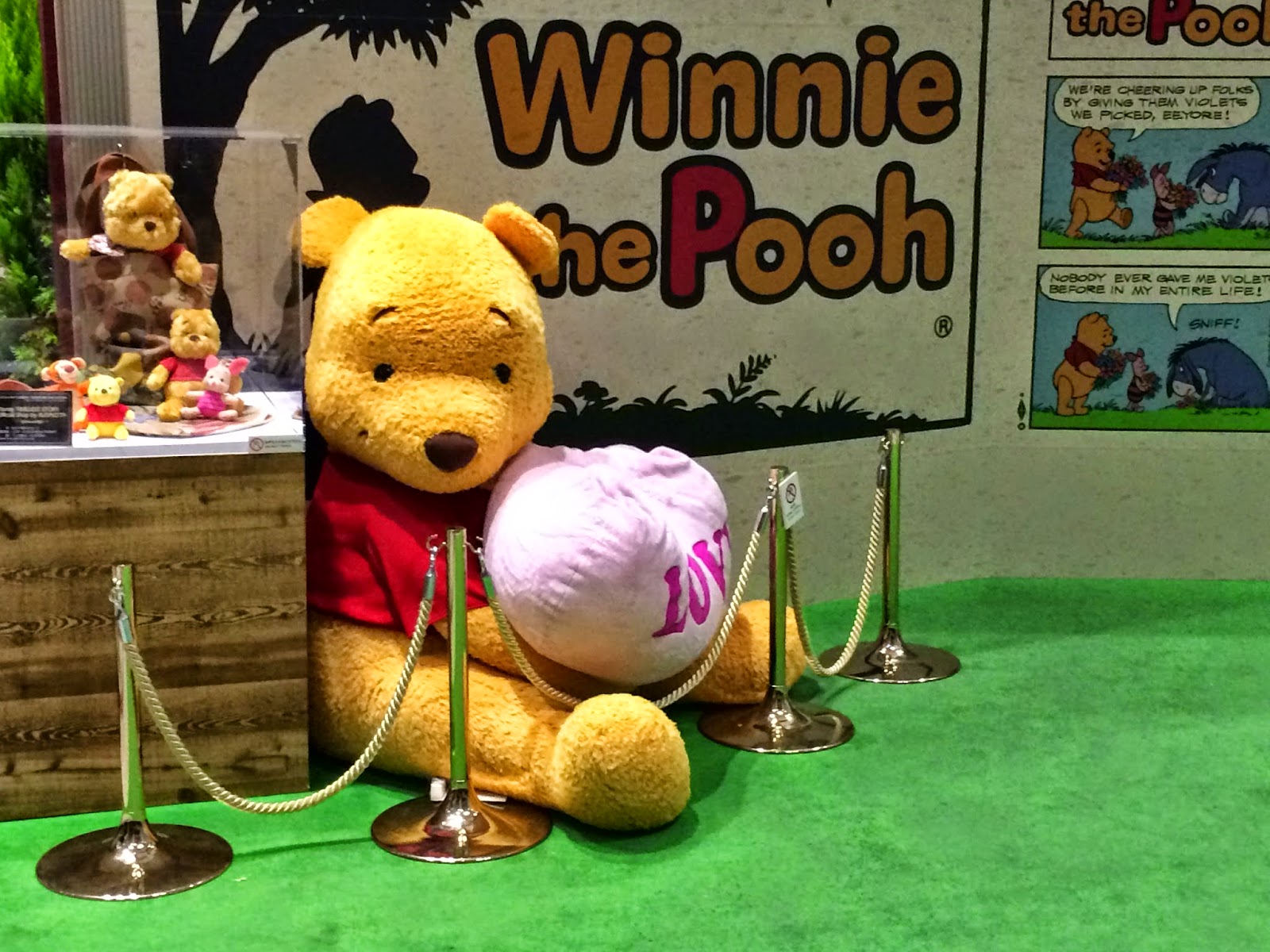