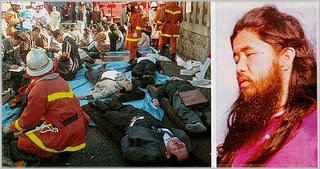 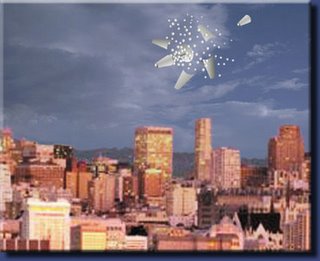 "New and diverse threats are around", French ambassador
and permanent representative to the Geneva Disarmament
conference Francois Rivasseau said at the BWC conference
- seminar of the Gaimusho and later on at a lecture
organized at JIIA Tokyo.

"There is a need of a better more efficient defensive
program and we need to consider the perverse development
and perverse effect of the biological weapons" he added.

"The threat is present, evolving, polymorphic, and it is
necessary for the international community to renew our
concepts as we cannot remain unprotected" ambassador
Francois Rivasseau said to Asian Gazette readers. He
described the various threats and tools for terrorists,
such as criminal pollution of the water resources, food
chain, and emphasized the need to monitor under certain
framework, the scientific research calling for
"cooperation of the scientific community", a theme
echoed by Professor Graham Pearson of Bradford
University (UK). 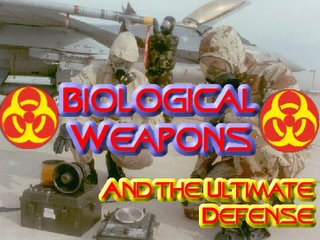 "Today new paradigm", ambassador Rivasseau stated in
front of an international panels of biotech and
biowarfare specialists, "is to shift from eliminating to
preventing, and delete the ambiguity about the labs and
nations doing secret research or hiding possessions of
dangerous substances".

There is a need to reconcile new and old threats as we
live in a more insecure world, and we have to focus on a
global scale approach : "Now is the time of national
cooperation and multination answers to the biotech
threats", Francois Rivasseau concluded. 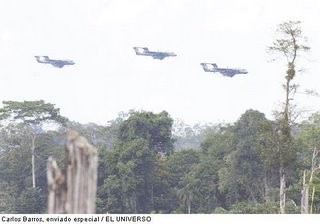 Biowar in the Andes (CounterPunch; June 2000)

Timely indeed as U.S. President George W. Bush's
administration walked out of international talks on
biological weapons after he took office 2001 but said it
would re-enter negotiations in 2006.

These two-day talks, which wrap up on Feb. 15, included
France, Germany, UK, and most European nations, and
specialists and lobbyists of the United States, as well
as India and Pakistan.

The meeting will prepare for negotiations in Geneva in
December 2006 on the Biological Weapons Convention
(BWC).

The Tokyo conference was aimed at lubricating the
conference with oil by offering an unofficial meeting
before the Geneva meeting in November, a Japanese
foreign ministry official said.

The Geneva meet will be the first in five years on the
BWC, the 1975 treaty covering 155 countries that bans
the development, production and reserves of biological
weapons. 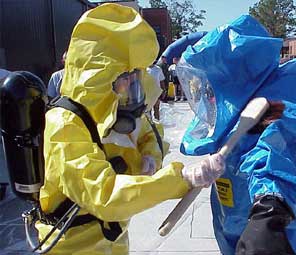 On the defensive, the US delegation admitted that the
Bush administration said that intrusive checks could
compromise U.S. security and trade secrets. The United
States stated that it ended its biological weapons
program by executive order in 1969. An assertion denied
by various international scientific community NPO's and
NGO's (See the Sunshine Project on biochemistry and non
- lethal weapons on this blog).

Doubts remain in the evaluation of threats, example with
Iran which has ratified the BWC but is often regarded as
distrustful and accused of of harboring biological
weapons along with China, India, Pakistan and Russia,
which had been hesitant about inspections. 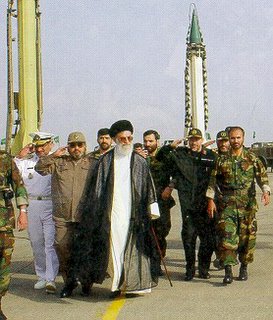 There is a need of new security perception by focussing
actively on criteria of what threats are by thoroughly
identifying the nature of biological weapons, including
monitoring genetical modification, animal
experimentation, and synthetic biology. One scary
question remained unanswered : How long time before
human experimentation kicks off fueling the emergency of
getting to a... successful conclusion of a monitoring
of the BWC.

- Let's look behind our shoulders, at a time when US
stated that it had no program on B& C weapons Here is an
interesting outlook on the BBC :

"Hidden history of US germ testing 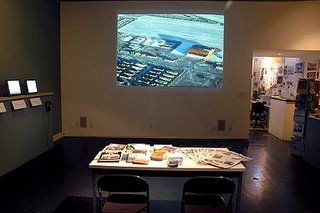 Seventh Day Adventists were human guinea pigs in
Operation Whitecoat Fifty years ago, American scientists
were in a frantic race to counter what they saw as the
Soviet threat from germ warfare. Biological pathogens
they developed were tested on volunteers from a pacifist
church and were also released in public places.

The remarkable story is told in a BBC Radio 4
documentary, Hotel Anthrax.

In the 1950s, the Seventh-day Adventist Church struck an
extraordinary deal with the US Army. It would provide
test subjects for experiments on biological weapons at
the Fort Detrick research centre near Washington DC.

The volunteers were conscientious objectors who agreed
to be infected with debilitating pathogens. In return,
they were exempted from front-line warfare.

Fort Detrick was working on weapons it could use in an
offensive capacity as well as ways of defending its
troops and citizens.

The research involved anthrax, other lethal bacteria and
biological poisons. The scientists also conducted tests
on an unsuspecting American public. 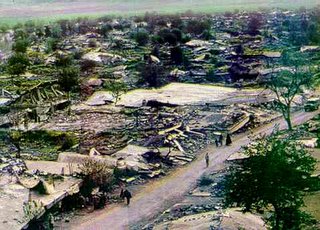 More than 2,000 volunteers, nicknamed the "white coats",
passed through Fort Detrick between 1954 and 1973, where
they worked as lab technicians, as well as offering up
their bodies for science.

One white coat, George Shores, tells of how he was
infected with tularaemia or rabbit fever.

Even my gums hurt. I don't think I have ever been so
sick in all my life George Shores A giant metal sphere,
known as the Eight Ball because of its resemblance to a
snooker ball, was used in the experiment. Technicians
exploded prototype bio-weapons inside the structure.

"They had like telephone booths all the way around the
outside of the Eight Ball and you went into the
telephone booth and shut the door and put on a mask like
a gas mask.

"It was hooked up to the material that was inside the
Eight Ball and you breathed it in," explained Mr Shores.

He began to feel ill before too long.

"Even my gums hurt. I don't think I have ever been so
sick in all my life. First it started as a headache and
achy feelings and it just kept progressing.

"I just wanted to breathe enough to keep alive. I would
just take little gasps of breath and I would hold it for
as long as I could because it hurt so bad.

"I can imagine if someone was using that agent in the
battlefield the soldier would just have to lie down - he
would not be able to function." 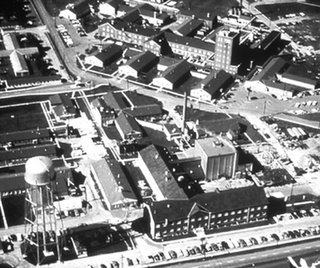 Fort Detrick is a US Army biological warfare research
facility The white coat volunteers were not infected
with the most lethal microbes. Their role was to test
the effectiveness of new vaccines and antibiotics and as
soon as they became ill, they were given medical
treatment. Within a few days, George Shores began to
recover.

But America's Institute of Medicine is conducting a
study of more than 6,000 veterans who say their health
has been compromised by secret tests in the Cold War
years.

Some of these were veteran sailors who were involved in
tests known as SHAD - Shipborne Hazard and Defense -
which involved spraying lethal chemicals such as sarin
and nerve gases in the open sea.

The BBC programme makers also obtained declassified
documents prepared by the US Department of Veterans
Affairs which refer to a study of nearly 100 SHAD
veterans who have since died.

It found the veterans were three times more likely to
have developed one of a group of killer diseases as a
sample group in the general population.

It concludes: "This study does suggest that veterans who
participated in Project SHAD may be at increased risk
for cerebrovascular and respiratory diseases."

But it wasn't just the white coat volunteers and sailors
who were subject to experiments. Scientists used what
they thought was a harmless simulant in major bio-weapon
tests across US cities and on public transport.

It was a bacteria which they believed was harmless but
which would mimic the dispersal of deadly biological
agents such as anthrax. 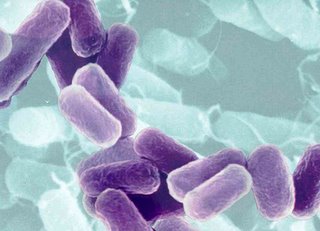 But later research showed that the strain of Bacillus
globigii, or BG, did pose a risk to people who were ill
or whose immune system was failing.

The programme hears from a retired scientist whose job
in 1966 was to drop light bulbs carrying BG on the New
York subway. He would then measure how the simulant
might spread in the event of a real attack, using a
motorized vacuum devise concealed inside a suitcase. 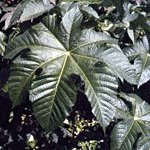 "I think it spread pretty good because you had a natural
aerosol developed every few minutes from every train
that went past."

It's very hard to try and put today's ethics on
standards 20, 30, 40 years ago Dr Michael Kilpatrick In
1994, the Senate Committee on Veterans' Affairs
conducted what it described as a comprehensive analysis
stretching back 50 years of the extent to which veterans
were exposed to potentially dangerous substances without
knowledge or consent.

It was chaired by John D Rockefeller.

In a damning report, it concluded that the Department of
Defense (DoD) repeatedly failed to comply with required
ethical standards when using human subjects in military
research - and that the DoD demonstrated a pattern of
misrepresenting the danger of various exposures and
continued to do so.

Dr Michael Kilpatrick, a medical adviser to the DoD,
claims the concerns which SHAD veterans have been
raising may, finally, be changing that behavior.

"It's very hard to try and put today's ethics on
standards 20, 30, 40 years ago. That's not to excuse
it. I think they were trying to protect people using
the medical science that was available at that time.

"We're taking a look at any current tests that require
consent of our military personnel.

"We're making sure that there is an archive, a registry,
a way to get back to all of the information."

Copy the BBC URL and paste it on your favorite Internet browser :
http://news.bbc.co.uk/1/hi/programmes/file_on_4/4701196.stm
End of quote 1 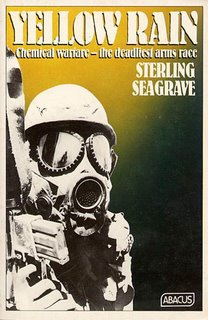 "His story is a terrifying one. . . He does not
confine his investigation to the Russians alone. He is
equally critical of American deceits over chemical and
biological weapons." The Times of London.

by Francis A. Boyle 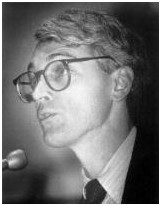 This book outlines how and why the United States
government initiated, sustained and then dramatically
expanded an illegal biological arms buildup. Most
significantly, U.S. expert Francis A. Boyle reveals
how the new billion-dollar U.S. Chemical and Biological
Defense Program has been re-orientated to accord with the
Neo-Conservative pre-emptive strike agenda--this time by
biological and chemical warfare.

Linking U.S. biowarfare development to the October 2001
anthrax attack on Congress--the most significant
political attack on the constitutional functioning of
democracy in the United States in recent history--Boyle
sheds new light on the motives for the attack, the media
black hole of silence into which it has fallen, and why
the FBI may never apprehend the perpetrators of this
seminal crime of the 21st century.

Biowarfare and Terrorism should raise public concern at
what the vastly expanded US biowarfare research and
purported civilian preparedness programs hold in store
for America. Will the American people allow the Bush
administration to pursue these programs, despite their
incitement to a global biowarfare arms race, and the
risk of accidents and reprisals? This book provides a
unique tool for understanding the magnitude of the
danger, and for countering it. 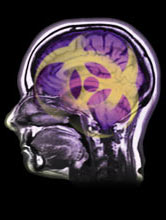 Posted by Unknown at 9:48 AM No comments:
Email ThisBlogThis!Share to TwitterShare to FacebookShare to Pinterest
Newer Posts Older Posts Home
Subscribe to: Posts (Atom)