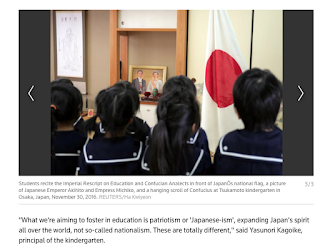 Posted by Unknown at 10:48 AM No comments:
Email ThisBlogThis!Share to TwitterShare to FacebookShare to Pinterest 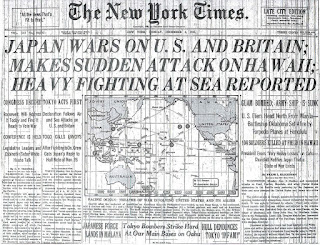 
"I will visit Hawaii on Dec. 26 and 27 to hold a summit meeting with President Obama. Over the past four years, President Obama and I have worked to develop Japan-U.S. relations in all aspects and strived together to bring about peace and prosperity across the Asia-Pacific region and the rest of the world.
"President Obama's message toward a world without nuclear weapons delivered during his visit to Hiroshima earlier this year remains etched into the memory of many Japanese people. I would like to make our meeting in Hawaii an opportunity to review the past four years and disseminate to the world the significance of further reinforcing our bilateral alliance toward the future. The meeting, which is to be the last summit talks between us, will be the culmination of what we've been aiming to achieve.
"On this occasion, I will visit Pearl Harbor together with President Obama to mourn the souls of the victims. I would like to express my resolve toward the future that the tragedy of wars should never be repeated again. At the same time, I'm also hoping to make it an opportunity to send out a message about the value of reconciliation between Japan and the United States.
"Today, the Japan-U.S. alliance has become an alliance of hope, where both countries join hands to address various global challenges, and has its own place in the world. Our meeting will be a meaningful one in which we reaffirm the value and significance of our alliance will remain timeless."
Asked by a reporter when he decided to visit Pearl Harbor, and if it was when President Obama visited Hiroshima, Abe replied, "Last year, on the occasion of the 70th anniversary of the end of World War II, I delivered a speech at the U.S. Congress, where I expressed my thoughts and ideas on the 70th anniversary. In this respect, I have been thinking all the while that I would like to disseminate the significance and symbolic nature of visiting Pearl Harbor as well as the importance of reconciliation. At the same time, I hoped I could hold a meeting with President Obama to review the past four years together. During our brief conversation in Lima the other day, we agreed to hold a bilateral meeting in December and visit Pearl Harbor together."
Posted by Unknown at 8:29 AM No comments:
Email ThisBlogThis!Share to TwitterShare to FacebookShare to Pinterest
Newer Posts Older Posts Home
Subscribe to: Posts (Atom)