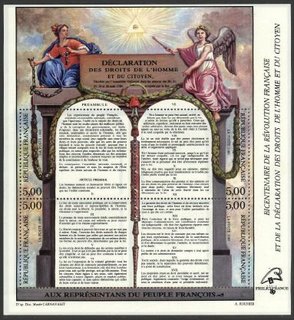 
2006 was one of tragedy for the world's media as
killings of reporters and media staff reached historic
levels, according to the International Federation of
Journalists.

The International Federation of Journalists (IFJ) said
today that 2006 was a year of tragedy for the world?s
media as killings of reporters and media staff reached
historic levels with at least 155 murders,
assassinations and unexplained deaths.

?Media have become more powerful and journalism has
become more dangerous,? said Aidan White, IFJ General
Secretary. ?2006 was the worst year on record ? a
year of targeting, brutality and continued impunity in
the killing of journalists.?

During the year the numbers began to accumulate with
civil strife and resistance to military occupation in
Iraq. The IFJ says media became prime targets of
terror attacks or victims of poor soldiering. By the
year?s end, 68 media staff had been killed, bringing
to 170 the number killed in the country since the
invasion in April 2003.

Elsewhere, the IFJ says continuing violence in Latin
America, particularly Mexico, Colombia and Venezuela,
claimed the lives of 37 media staff while in Asia
relentless attacks in the Philippines and Sri Lanka
pushed the total of killings to 34.

The only positive sign came in the final days of the
year, says the IFJ, when the United Nations, for the
first time ever, issued a statement condemning
targeting of journalists and calling for prosecution
of the killers of media staff.

In a resolution passed on December 23 the UN Security
Council unanimously called on governments to respect
international law and to protect civilians in armed
conflict. The Council called for an end to impunity
and for prosecution of the killers of journalists and
agreed to prepare annual reports on the risks facing
media.

?This was the only bright spot in a year of
unremitting gloom,? said White. ?For the first time
the United Nations has put the focus on a deepening
media crisis. It is long overdue. We want to see
action against countries that allow impunity in the
killing of journalists.?

The IFJ totals for 2006 are as follows: Murders,
Targeted Killings and Unexplained Deaths: 155 Not
included -- Accidental Death while on duty: 22

The previous high was last year when the IFJ recorded
154 deaths, a number inflated tragically by the deaths
of 48 Iranian journalists on a military assignment.
But this year there were many fewer accidents ? just
22.

The full details are set out in the IFJ report
?Journalism Put to the Sword ? to be published in the
middle of January. The report also covers the work of
the IFJ Safety Fund, which provides humanitarian aid
to the victims of violence and their families.

The focus once again is on Iraq, where the IFJ has
been campaigning vigorously over impunity in the
killing of journalists. For the last three years the
IFJ has organised a day of protest on April 8 ? the
day in 2003 when three journalists died under US fire
in Baghdad. There have been 19 such killings in Iraq
and in all these cases media organisations and
victims? families are still waiting for independent
and credible reports about what happened.

In October a judge in the United Kingdom said one of
the victims, ITN journalist Terry Lloyd, was
unlawfully killed by American soldiers outside Basra.
His interpreter Hussein Osman was also killed and
cameraman Fred Nerac is missing believed dead. There
have been calls for prosecution of US servicemen
involved in this and many other cases.

Nevertheless, during 2006 the vast majority of
killings have been at the hands of terrorists and
sectarian gangs who have made the streets of Baghdad
and other major cities no-go areas for many news
teams.

But the IFJ says that the crisis of impunity is not
confined to conflict zones.

On December 12 the Federation joined with other
international press support groups to launch an
International Commission of Inquiry into the killings
of journalists in Russia. The action follows the
assassination of investigative journalist Anna
Politkovskaya in Moscow on October 7. Her death was
the latest in more than 200 killings of journalists in
Russia since 1993. Many of these have been explained,
but since President Vladimir Putin came to power
around 40 killings of journalists have taken place and
none of them have been satisfactorily resolved.

Second only to Iraq among the most dangerous spots in
the world for active journalism is the Philippines,
says the IFJ, where 13 journalists died in 2006,
bringing to 49 the number of media staff murdered
since Gloria Arroya came to power in 2001 ? surpassing
the numbers killed under the 14-year Marcos
Dictatorship.

And in Latin America journalists in Mexico moved ahead
of Colombia as the deadliest country for journalists
covering crime and corruption with 10 deaths, many of
them investigative reporters.

In Africa countries wracked by internal conflict also
proved to be the most dangerous for journalists.
Swedish freelance Martin Adler was shot while filming
a demonstration in Mogadishu and veteran journalist
Mohammed Taha, a Sudanese editor, was kidnapped and
killed.

?It has been a year in which small steps have been
taken to confront this media catastrophe,? said White,
?The issue will figure strongly at the IFJ World
Congress to be held in Moscow in May. But we must do
more, particularly to help the victims of violence and
to bring the killers of our colleagues to justice.?

The IFJ represents over 500,000 journalists in more
than 100 countries worldwide.