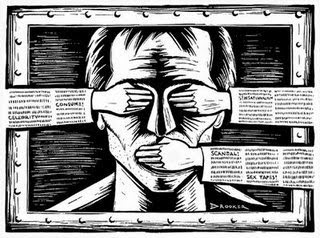 Bilingual message EN & FR
Here is an extract of our FCCJ Board's message which I co-signed yesterday. I want to believe that Thai authorities will come to reasonable solution:
"The Board of Directors of the Foreign Correspondents' Club of Japan [FCCJ] is appalled to learn that the entire board of the Foreign Correspondents' Club of Thailand (FCCT) has been accused of committing lese majeste, a crime that carries a maximum prison sentence of 15 years. The FCCJ is also gravely concerned that in the recent past the Thai authorities have used the country's lese majeste laws to restrict freedom of expression and have otherwise abused it for its own political ends. The Board of the FCCJ is dismayed by reports that the 13-member Board of the FCCT will be investigated by police after a complaint was filed by a freelance translator." The entire communique http://www.fccj.or.jp/node/4708
Mais les obstacles au travail de journaliste ce n'est pas seulement une question de régime autoritaire, c'est aussi une affaire de cartel qui s'en donne a coeur joie! A l'occasion des reprises estivales des grands sujets de l'année, on peut relire ce papier: (17 Novembre 2008 sur Asian Gazette)
"Les "cartels" de la presse d'agence à l'heure d'Internet."
Des géants de l'édition et des médias broient des journalistes.
http://tinyurl.com/lekpwe
Posted by Unknown at 1:56 PM No comments:
Email ThisBlogThis!Share to TwitterShare to FacebookShare to Pinterest 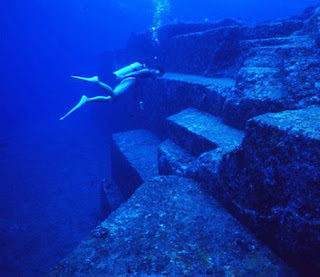 According to the Tokyo Shimbun, a well informed newspaper, Japan's defense ministry is studying deploying troops on an island in the East China Sea near a group of islets that is claimed by Tokyo, Beijing and Taipei: "it could be included in the planned year-end revision of the basic defense program".
Objective: to send an army unit to Yonaguni island. Yonaguni is located 120 kilometers east of Taiwan and 170 kilometers south of uninhabited islands known as the Senkaku in Japanese and Diaoyu in Chinese.
The MOD said the location of military deployments along a chain of islands between the southern tip of Japan's Kyushu island and Taiwan is "an important factor in the nation's defense deployment."
For the Tokyo Shimbun this strategy is part of Japan's shift of its defense focus from its northern borders during the Cold War era to the country's southwestern borders facing China. 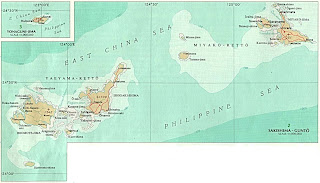 ✍ Yonaguni is Japan's southern island
EN: http://www.youtube.com/watch?v=zIu2rA0yd9s
JP:http://www.youtube.com/watch?v=CPCq3yo4SLc with an underwater ruins formation some say thousands of years old which attract a lot of divers; it looks like ancient building or pyramid with undersea terraces less than 40 meters deep. A local diver first noticed the Yonaguni formations in 1986. Spectacular pictures and story here http://tinyurl.com/3ckoy2
Posted by Unknown at 9:39 AM No comments:
Email ThisBlogThis!Share to TwitterShare to FacebookShare to Pinterest

I am elected Member of the Board. I sincerely thank all those whose support and trust me with their favorable votes.
Posted by Unknown at 11:58 AM No comments:
Email ThisBlogThis!Share to TwitterShare to FacebookShare to Pinterest
Newer Posts Older Posts Home
Subscribe to: Posts (Atom)