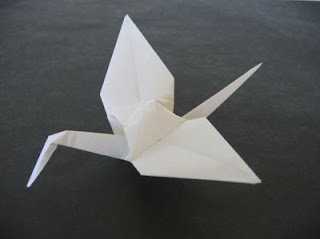 "CCS Suga said Monday Oct 12th 2015 that the Japanese government will consider stopping financial contributions to UNESCO or reducing the amount, given the U.N. body’s decision to add Chinese documents on the Nanjing Massacre to the “Memory of the World” program."

I read interesting comments about this issue and I begin with the Japan Today owned by Sankei media nationalist group : "Immature nationalism from a government [Abe Suga] that wants to take Japan back to the 1930's because they look back at those militaristic times fondly."

Indeed, one can nourish doubts about Japan's versatile behaviour as Japan did not complain then in 2014 for the inclusion of the return of POW from Siberia for Unesco listing.
http://japandailypress.com/japan-set-to-file-ex-japanese-pows-mementos-for-unesco-listing-0545272/

"The Nanjing Massacre (or in the whitewashers’ language – “incident”) documents deserve to be archived and studied. The reaction from this government is petulant and childish to put it politely. It’s funny how the Japanese government has attacked UNESCO as being “political” – yet when one of their own nominations are approved, it’s accepted as apparently well-deserved!"

"Japan is by no means the only country that likes to sidestep its dark history, but the veracity in which the Abe administration perpetuates the notion that it was somehow a victim in the second World War is contemptible."
http://www.koreaobserver.com/japan-doesnt-want-the-world-to-remember-the-rape-of-nanjing-52644/


To read also: The Beautifully Dressed Skeletons in Japan’s Closet whose picture is quoted

"... The most disturbing Omiyamairi image is based on a news photo of General Matsui Iwane entering the gates of Nanking on December 12, 1937, shortly before he ordered his troops to massacre everyone who survived the bombing and sacking of the city. Iwane is shown seated on a horse, a righteous conqueror. One cannot imagine that the boy’s parents knew what was actually going on when the naming ceremony took place. Although men and boys wore most of the propaganda kimonos, there were a few in the exhibition that were worn by women...." 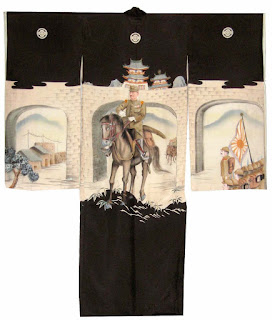 Japanese I talked to whose family did not return form Siberia POWs' camps generally keep a low profile on the WW2 massacres and brutality committed by Japan imperial armies. These people, well established in Japan, are in the 70's or 80's generations and are vocal critics of the current Abe administration and its "war monger tone." On history, Japan shows its immaturity for the unique reason that Japanese government will do nothing on its own without the agreement first of the U.S. government. Same goes with the territorial interpretation of history by Japan about... say... the northern territories or on the Senkaku, Diaoyu. On the Kurile, has Tokyo forgotten that it agreed to the following in the San Francisco Treaty? "Japan renounces all right, title and claim to the Kurile Islands".

On the Senkaku Diaoyu islands and on the territorial dispute, it is not a loss of time to quote this story to better understand what is at stake and why.  “Cairo Treaty: China’s Moral Claim to the Diaoyu Islands” by Greg Austin, a Professorial Fellow at the EastWest Institute. Dec 06, 2013

Quotes: "The 70th anniversary of the Cairo Declaration signed on December 1, 1943 by the leaders of China, the United States and the United Kingdom in the heat of war against Japan has revealed the depths of the emotions felt by China over its claims to the Diaoyu Islands. The anniversary has been used to aggravate the deep emotions associated with the war. The sense of crisis and outrage in China is not only palpable. It is driving China’s policy.

The 1943 document was intended to “punish the aggression of Japan”, to “strip” it of “all the islands in the Pacific which she has seized or occupied since the beginning of the first World War in 1914”, and to restore to China “all the territories Japan has stolen from the Chinese, such as Manchuria, Formosa [Taiwan], and The Pescadores”.

This is the moral departure point of the majority of Chinese (including Taiwanese) in their view on the dispute over the Diaoyu/Senkaku Islands. They believe with every ounce of their being that the islands were covered by the communique and subsequent Allied agreements and Treaties premised on the Cairo Declaration. This is one of the most dangerous aspects of the dispute over these otherwise insignificant rocky island currently administered by Japan. If it were just a matter of law and not an issue of end of war justice, the dispute might be easier to settle. The danger has been heightened by the unequivocal commitment of the United States that an attack on the islands by China would be covered by the Mutual Defense Treaty with Japan."

1) 1951 San Francisco Peace Treaty even if this Treaty was not discussed with parties involved such as P.R.C. and refused in signature by USSR and PRC. https://treaties.un.org/doc/Publication/UNTS/Volume%20136/volume-136-I-1832-English.pdf

Posted by Unknown at 11:04 AM No comments:
Email ThisBlogThis!Share to TwitterShare to FacebookShare to Pinterest
Newer Posts Older Posts Home
Subscribe to: Posts (Atom)