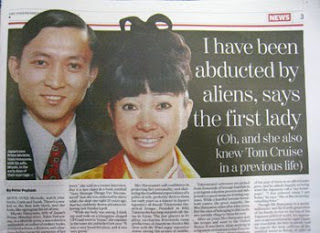 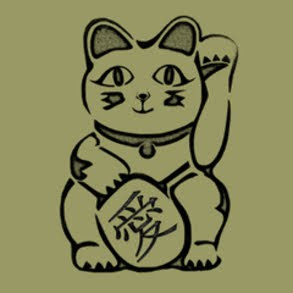 Japanese language is said to be difficult to master and even
more when you have to interview a Japanese politician who is
going to play with words being in the Chinese pronunciation
(Prime Minister Aso) or giving a rather vague and fuzzy
explanation not to answer to a reporter question. My
Japanese colleagues are well trained to the exercise but it
seems that it is creating a wave of dissatisfaction overseas.
Take this issue of an essay of Yukio Hatoyama, new Prime
Minister to come around mid September after his historic
victory in the general election August 30th, essay originally
published in the September edition of the Japanese monthly
journal Voice and titled "My Political Philosophy."
It appeared Aug. 27 on The New York Times' Web site under
the headline "A New Path for Japan."
Hatoyama's views about Japan as "equal partner relation with
US," are already drawing criticisms from the West and the
media reported: "Distorted' in translation? Hatoyama denies
Op-Ed piece expresses 'anti-American' view" (Japan Times)
http://search.japantimes.co.jp/cgi-bin/nn20090902a5.html
Quotes:
"Naoki Nakazawa, managing editor of Voice, said that so far
he has not received any reprint requests by any of the U.S.
papers that published the essay and was unsure if this
infringed the essay's copyright, which belongs to Hatoyama.
"Then you would realize that it's not about anti-Americanism,
but about 'yuai' (fraternity)." Hatoyama's secretary, Daisuke
Haga, said they were also unaware that the essay was
circulating in U.S. publications. He urged people to read
the entire essay, which is posted on Hatoyama's Web site in
Japanese, English and Korean. End of quotes.
Fraternity... Just a precision: I asked a teacher to confirm
to avoid being lost in translation in Japanese and the answer
is you can use: Nakama, Hakuai, Yuai. Now it looks like we
are not any more talking about translation but about
political intentions.
Something uncomfortable here?
This time it is not a Japanese politicians legion which is
going to DC but the opposite. U.S. Defense Secretary Robert
Gates will be Tokyo in October to discuss the U.S.-Japan
military alliance with the new Prime Minister Hatoyama to
talk about the 50,000 troops deployed across Japan and the
security treaty.
Hatoyama's Democrats have said they want to re-examine
Tokyo's relations with Washington and bring to Japan a more
independent stance, while keeping U.S. relations as a
cornerstone of their global policy...
Something chili's going on. Small steps here, small steps...
Posted by Unknown at 10:01 AM No comments:
Email ThisBlogThis!Share to TwitterShare to FacebookShare to Pinterest 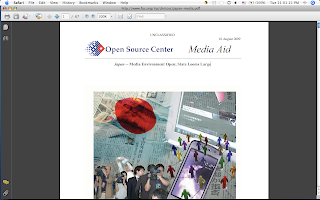 How did the Japanese made their opinion and choose to vote
for the DPJ opposition and was this choice assisted by the
mass-media? Candid? Not only anger and disillusions. How
did the media get such a narrow margin error in establishing
the surveys that help to design Japanese voters opinion to
opt for the DPJ at historical August 30th Sunday election?
No conspiracy. Simply said : the work of a fantastic
organization, better than the former Cold War Department D
of KGB.
All you want to know about Japanese media today in this
official document revealed by the FAS. Quotes: "The OSC
report on Japanese media has not been approved for public
release, but a copy was obtained by Secrecy News.
(Federation of American Scientists)"
URL http://www.fas.org/irp/dni/osc/japan-media.pdf
✍
My opinion, it is a good insight into the daily function
of the Japanese media industry, un "état des forces". A
fantastic data report for professionals in strategic
communication.
Posted by Unknown at 9:02 PM No comments:
Email ThisBlogThis!Share to TwitterShare to FacebookShare to Pinterest

Japanese political blue blood Yukio Hatoyama (R) took the
lead against Prime Minister Taro Aso in Aug 30th elections.
Yukio Hatoyama is here with his colleague Katsuya Okada (L).
These two States Men are now in control of the balance of
power within the center-left Democratic Party of Japan. DPJ
President Yukio Hatoyama will be the Japan's new prime
minister to replace, in a one party move, the LDP's Taro Aso
ousted from power for the first time in half a century. A
blue democratic House for a first firm transfer of power.
Here is my report on RTL France August 30th
http://www.rtl.fr/fiche/5927194013/vers-un-seisme-politique-au-japon.html 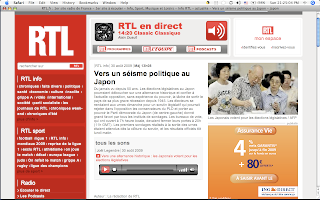 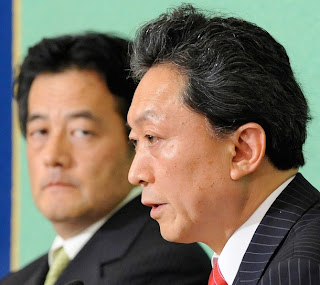