60 th Anniversary : Japanese and American Perspectives on the Emperor Hirohito and World War II in Asia 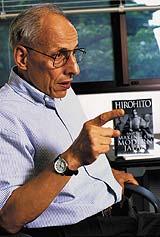 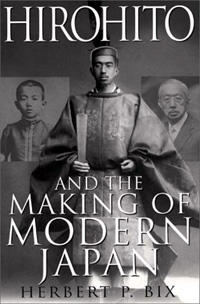 
Herbert P. Bix, author of Hirohito and the Making of
Modern Japan (HarperCollins, 2000), writes on problems
of war and empire. A Japan Focus associate, he
prepared this article for Japan Focus. Posted July
24, 2005. Quote :

"For nearly 60 years many Japanese have been struggling
honorably to come to terms with the China War and the
Pacific War, and indeed their entire imperialist past.
But their struggles never take place in a vacuum.
Trends in history, politics, international relations,
and even culture, shape them. During the occupation
years (1945 to 1952) neonationalists who rejected the
Tokyo Trial and justified the lost war seldom spoke
out. At that time, Japanese who sought to grasp the
war experience, end the era of irresponsibility, and
develop a critical historiography went virtually
unchallenged. 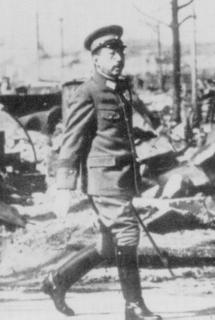 Regression from a critical to an affirmative view of
the war began only after the occupation ended. In the
late 1950s the trends became quite visible. Over the
1960s influential writers, including Hayashi Fusao,
laid the basis for a comprehensive denial of war
atrocities. His views were immediately challenged and
ever since, the pendulum has swung back and forth.
Today, Prime Minister Koizumi and like-minded
conservatives in the LDP visit the Yasukuni Shrine or
approve history textbooks that whitewash the crimes
committed in past wars, then insist that foreigners
shouldn't criticize their actions for they are
essentially domestic issues. But Japanese historical
consciousness about the lost war is not a matter
solely for Japanese. 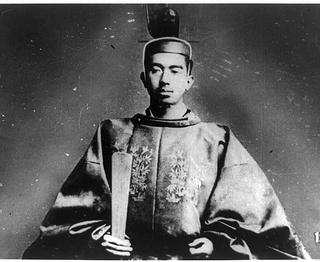 The stream of right-wing revisionism that runs down to
the present, justifying Japan's wars in 1931, 1937,
and 1941, has always been contested. But the
conditions that favor the rise of these regressive
views, or that make it feasible to express them
publicly, are a product of changing international and
domestic political conditions. And even when such
views seem to dominate mainstream media discourse,
that does not mean they are universally held. 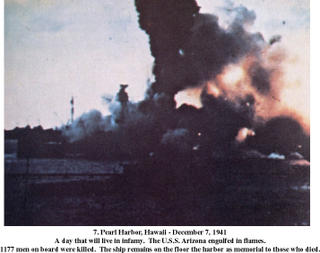 Before and during World War II, a chrysanthemum taboo
shielded the Japanese monarchy from view, making it
extremely difficult to critically scrutinize Hirohito. 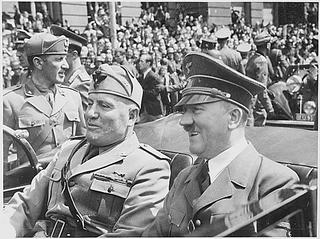 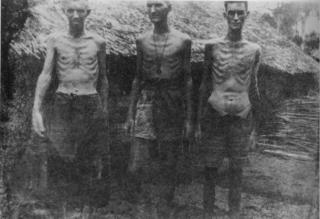 After the war, the US occupation's laudatory and
exculpatory view of Hirohito, one quite similar to
that put forward by ruling groups in Japan, prevailed.
Academic circles in the US and Britain either shied
away from contemporary emperor studies or followed
unquestioningly the official government line. The
bilateral relationship determined their image of the
emperor.

American public understanding of Hirohito's role in
the political process was almost non-existent. The
conventional wisdom held that he had been a mere
figurehead. Passive and powerless, he acceded to, but
never actively backed, the decisions of the
militarists to wage all-out war in China in 1937, and
to go to war with Britain and the US four years later.
The conventional wisdom also described Hirohito as a
pacifist, an anti-militarist, and a principled seeker
of diplomatic solutions to problems. Most of all, it
insisted that he was both a normal constitutional
monarch, and a courageous loser who in August 1945 had
acted to take sole responsibility for what had
happened. 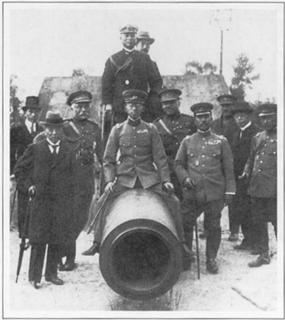 The emperor was a complex, stubborn, conflicted, and
nervous man. During the first two decades of his
reign he gave full attention to protection of his
imperial house and preservation of the Japanese
empire. From early boyhood he had been educated in
both Confucian and idealized samurai values. This
failed and the culpable political leader and supreme
military commander -- who led Japan on a disastrous
course of empire and war -- survived his mistakes.
Thanks to the efforts of the US and Japan's old guard
leaders, rather than being deposed with Japan's
wartime defeat, he remained on the throne for the rest
of his life, working to perpetuate Japan's satellite
relationship to the U.S. The decision to preserve the
monarchy and retain Hirohito served US interests of
preserving stability. But it delayed the Japanese
people's confrontation with their wartime past,
contributed to the censoring and falsification of
wartime history, and ultimately acted as a brake on
democratization. The ghost of Hirohito still looms
behind the misunderstanding and distrust of Japan that
exists today in many Asian countries. 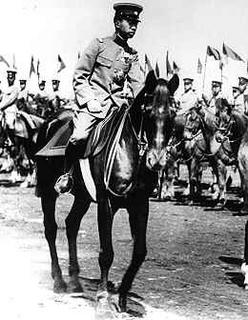 Hirohito assumed his role as commander in chief with
the imperial army's takeover of Manchuria in autumn
1931. Caught psychologically unprepared, he hesitated
at first, uncertain of himself, but once the
"incident" proved successful, his "realism" and
opportunism asserted itself. He jumped on the
military bandwagon, and quickly became the most
important promoter of the new course of territorial
expansion. Afterwards, by numerous calculated acts of
commission and omission, he sanctioned the destruction
of Taisho democracy and fostered indoctrination in
militarism and ultranationalism.

Then in late summer of 1937, all-out war between
Japanese and Chinese nationalist forces began. Only
then did Hirohito begin to find his stride as a
supreme commander actively intervening in military
decision-making. For four years he supervised the
deadlocked conflict in China, living his
commander-in-chief role day and night. He became more
willing to run risks with Britain and the United
States, and more accustomed to making operational
interventions, more persuaded by the rhetoric of the
"new international order" that Japan sought to create
in East Asia. Finally, in October 1941, he ignored
opportunities for peace -- such as appointing a
cabinet headed by a member of the imperial family --
and he elevated General Tojo Hideki to the prime
minister because he supported Tojo's policies. 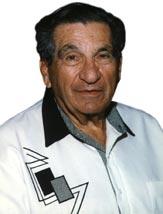 (Photos of L tenney. After surviving the infamous
Bataan Death March, a 60 mile forced trek through the
jungle during which prisoners were subjected to
extreme brutality by Japanese soldiers, Dr. Lester I.
Tenney spent three-and-a-half years as a prisoner of
war. Shipped to Japan, he worked for two years under
brutal forced-labor conditions for Japanese
conglomerate Mitsui & Co., Ltd. Now a 79-year old
retired professor of Arizona State University, Tenney
has filed a suit in Los Angeles Superior Court seeking
compensation for his forced labor and damages for
torture and injuries suffered at the hands of Mitsui.) 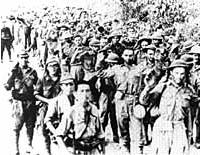 The US authorities who controlled occupied Japan
wanted to maintain the monarchy and protect Hirohito
as a means to insure his support for occupation
reforms. But they would do so only after stripping
him of all political power and subject to his
cooperation in reforming Japan. General MacArthur and
the Truman administration calculated that they could
use the emperor to demilitarize Japan, change the
Meiji political structure, and pursue democratizing
reforms. The first was easy to accomplish because
Japan's ruling elites had already decided to
demilitarize and get the jump on MacArthur before he
even arrived. But the democratization goal proved
difficult and after a few years American officials
prematurely abandoned thoroughgoing democratization in
order to wage a cold war with the Soviet Union. 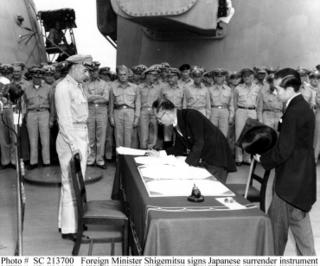 Keeping Hirohito on the throne until he died led to
the falsification of history. Forging his credentials
as a pacifist when, in fact, he had been a staunch
imperialist and had exercised leadership in support of
war, did enormous damage both in the short and long
term. Because Hirohito said there was a national
emergency, young Japanese men served as loyal
soldiers, invaded other countries, and felt justified
in killing the enemy. The great "project" of nation
building in Manchuria had been his project, so too the
China War (1937?45) and the Pacific War (1941?45).

The great postwar cover-up of Hirohito's role, the
whitewashing of history that it entailed, sowed
distrust of Japan in China, Korea and other lands that
had suffered Japanese occupation and colonization.
Japan's political elites of course participated
energetically in the cover-up, but it went
unchallenged by other leaders, too, such as Stalin,
Chiang, and Mao.

In helping legitimize a "symbol emperor system"
predicated on new historical myths, American
policymakers acted on the idea that the monarchic
principle and Western-style democracy were compatible.

That very premise, however, blunted the full potential
of the democratic revolution that Washington had just
initiated. The reformed Japanese monarchy, which the
United States supported, immediately tilted the
struggle for democracy in postwar Japan in favor of
the "moderate" politicians who had shared in the
failures of the old regime. These men still saw the
lost war as a just war for self-defense and for the
prosperity of the peoples of Asia.

Unlike many of his leading generals and officials,
Hirohito was never investigated and tried judicially,
so that the medieval principle of legibus solutus --
the ruler is above the law -- still stands, and must
be combated afresh by every generation. The US, to
its great discredit, saw to that.

Usually the setting of national holidays is a domestic
matter and seldom provokes foreign criticism, except
where the commemoration of wars are concerned. In
this case, pressure from conservative politicians to
change "Arbor Day" in honor of the environment, to
"Showa Day" in honor of Emperor Hirohito, increased
during the 1990s. Even so, in 1997 the bill failed to
pass. But the conservatives persisted and it finally
became law. Should we not see this as another attempt
to whitewash history?

Prime Minister Hosokawa Morihiro in 1993, and Prime
Minister Murayama Tomiichi in 1995 had acknowledged
that Japan fought wars of aggression. But rather than
following through on their international pledges by
conducting public investigations of the war and
engaging in historical reflection, the LDP whipped up
a backlash against a shared understanding of the lost
war. For example, Internal Affairs and Communications
Minister Aso Taro went to work on behalf of the
right-wing "Association to Write New History
Textbooks" (Tsukurukai), a purveyor of whitewashed
textbooks. Nakagawa Shoichi, currently Minister of
Economy, Trade and Industry is a supporter of
Tsukurukai, as is Tokyo governor and writer Ishihara
Shintaro. The current LDP Secretary-General Abe
Shinzo, has lobbied for revision of the 1947 Basic
Education Law in order to place more stress on
"patriotic education." In these and various other
ways, neonationalist LDP politicians simultaneously
support an end to the teaching of the darker side of
Japan's national history, while they prepare the
ground for a future revision of Japan's peace
constitution. Their ultimate aim is to break down
popular support for the uniquely internationalist
peace norm written into Article 9 of the Constitution
of Japan.

Interestingly, in 1994, the Chinese government also
began emphasizing "patriotic education," centered on
teaching the history of the "Anti-Japanese War." So
the possibility exists that neonationalist currents
will feed off one another. Peace groups everywhere
need to understand the politics of the Northeast Asian
nations and work to prevent that from happening. Never
has the need for historical reflection on World War II
in Asia been greater." 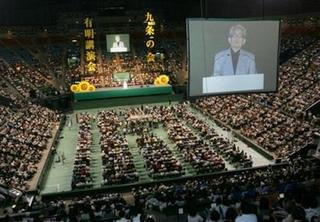 I would like to add to the text of Professor Bix that
thousands of people gathered to voice opposition to
possible revision of the war-renouncing Article 9 of
the Japanese Constitution in Tokyo on Saturday July
30th. The public meeting was sponsored by the Article
9 Association, which was established in June last year
by nine prominent intellectuals, including Kenzaburo
Oe, 1994 winner of the Nobel Prize in Literature, to
seek a coalition of various political powers and the
public to defend the constitutional clause. 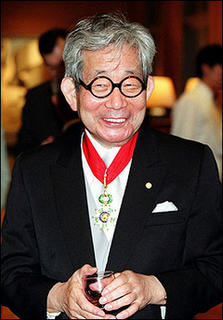 Kenzaburo Oe made a speech during the rally with
9,000 people to call for protection of Japan's
pacifist constitution, especially opposing recent move
to revise its war-renouncing Article 2005 at Ariake
Coliseum in Tokyo.
Posted by Unknown at 12:48 AM No comments:
Email ThisBlogThis!Share to TwitterShare to FacebookShare to Pinterest
Newer Posts Older Posts Home
Subscribe to: Posts (Atom)