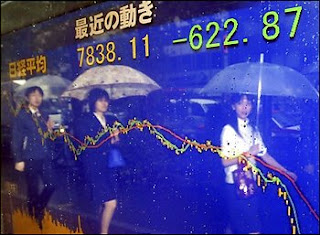 French Finance Minister Christine Lagarde said Japanese authorities may sell the yen for the first time since 2004 after the currency surged to its strongest in almost 13 years.

This would be purely when the Yen reaches some symbolic level, according to a source formerly at the IMF, quoted from Tokyo.
Posted by Unknown at 12:21 AM
Email ThisBlogThis!Share to TwitterShare to FacebookShare to Pinterest