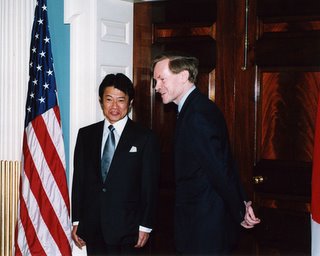 Japan last night re-imposed a ban on all US beef imports
after discovering a spinal cord in meat imported from a
US farm at Narita airport, near Tokyo. The ban, which
will be a huge blow to US meat producers, comes just a
month after Japan began to re-import US meat following a
two-year import prohibition. US agriculture secretary
Mike Johanns acknowledged yesterday that the US had
breached an agreement with Japan to export beef with no
such animal parts. "We take this matter very seriously
and we are conducting a thorough investigation,"

Concerned is the Atlantic Veal and Lamb, the New
York-based company that shipped the meat to Japan,
Johanns said: " We regret that there was a
misinterpretation of the export requirements and an
honest mistake involving a very small amount of product
that has led to this degree of concern."

The original Japanese ban was imposed in 2003 after the
discovery of a cow on a farm in Washington state
infected with bovine spongiform encephalopathy (BSE), or
"mad cow disease", a wasting disease that can be fatal
in humans.

The ban, which was characterized as unscientific and
protectionist by some US congressmen, cost US farmers
nearly $3bn (Euro 2.5bn). Before it was imposed,
the US was the biggest exporter of beef to Japan but
Australian producers have moved in aggressively during
the past two years.

Junichiro Koizumi, Japan's prime minister, said he
backed the decision by Shoichi Nakagawa, agriculture
minister, to stop all beef imports until the US
satisfactorily explained how potentially dangerous
material had slipped through its safety checks.

The decision comes hot on the heels of Tokyo's move in
December to lift a two-year ban on U.S. beef imports.
The ban was imposed in December 2003 following the
discovery of BSE in the United States. Ministry
officials said spinal column parts were found in three
of 41 boxes of U.S. beef that arrived at Narita
Airport. "If it is indeed a risky portion, it is
against the import program and quite regrettable,"
Nakagawa told reporters.

Nakagawa said his ministry will conduct a thorough
investigation and will lodge a complaint with Washington
if the suspicious portion does indeed turn out to be
from a risky animal part.

Removing high-risk parts, such as the brain, spinal cord
and spinal column, was one of the conditions for Japan
agreeing to a resumption of beef imports. The United
States generally removes risky portions from cattle aged
30 months or older. But Japan's condition for resuming
imports was to remove those parts from cattle of all
ages. Imports have also been limited to meat from
cattle aged 20 months or younger, which is less likely
to be infected.

Nakagawa called Prime Minister Junichiro Koizumi on
Friday to inform him that the ministry plans to halt all
U.S. beef imports. Koizumi agreed, and instructed
Nakagawa to consult the health ministry and to take
"appropriate measures."

But criticism is bound to be directed at the government
for resuming imports in the first place amid continued
consumer massive anxiety over BSE and CJD lethal
disease. To ease concerns, the government has sent
animal and food hygiene experts to the United States to
make sure Japan's conditions are being observed at U.S.
ranches and meat processing facilities. 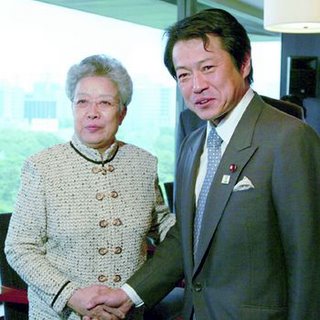 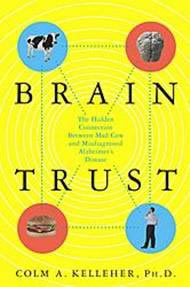 Dr. Colm Kelleher:
Quote : "Because of the sometimes quick, sometimes
delayed time factor involved in prion diseases like CJD,
and the knowledge that they are always fatal, tallies of
the number already dead are meaningless compared to
those who are infected but don?t yet know it. If the
U.S. Government admits to 4.5-million Americans
diagnosed with Alzheimer?s (of whom a large percentage
probably actually have CJD), there could well be fifty
million Americans who are prion-infected. If as many as
fifty million Americans are terminally infected, plus
millions more in Canada and the UK, millions more in
Europe and Asia, we are looking at massive upheaval. As
Britain discovered to its chagrin, lying, deceit, and
disinformation ultimately fail. Denial is not an option
with prions, any more than it is with global warming. We
will look at the potential scenarios. What if the beef
and diary industries collapse, agriculture goes down
with it, the stock market goes into free-fall, the
government is seen to have carried out a
half-century-long program of deceit, and onequarter of
the U.S. population goes insane and dies?"

- Christopher Green, M.D., Ph.D. Fellow, Neuroimaging
Harper University Hospital, Wayne State School of
Medicine "Dr. Kelleher uses forensic medicine to
explore one of the most complicated medical enigmas of
the past 100 years and wrests from it some frightening
conclusions. A remarkable and very important book."

Link: http://tinylink.com/?Jy4tZTEN9a
Posted by Unknown at 12:29 PM
Email ThisBlogThis!Share to TwitterShare to FacebookShare to Pinterest