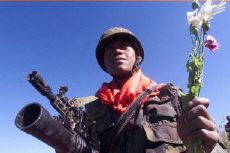 US House of Representatives has passed a bill that
advances a US plan to wage biological warfare against
Colombia and other countries where illicit narcotics are
produced. If passed by the US Senate, the bill (HR 2829)
will require the US Drug Czar to quickly formulate a plan
to field test biological weapons designed to eradicate
illicit crops. 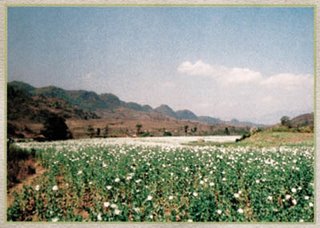 Opposition in South America, the primary target of the
plan, spans the political spectrum. When first
confronted by US biowarfare pressure in 1999-2000, the
Colombian government decided against testing and use of
biological agents to eradicate illicit crops. Other
Andean countries also oppose the plan, as do many
environmental and peace NGOs. So do indigenous peoples
who grow coca for cultural purposes unrelated to the drug
trade, a constituency that includes Evo Morales, the
recently-elected President of Bolivia.

Speaking to the Colombian daily El Tiempo on Monday,
former Colombian President Andrés Pastrana, now Bogotá's
Ambassador in Washington, emphatically reiterated
Colombia's opposition to the plan, telling the paper,
"During my government we opposed it. And Colombia's
position, now under President Álvaro Uribe, has not
changed."

The main biological weapons agents under US consideration
are strains of the fungus Fusarium oxysporum that attack
coca and other illicit crops. With its serious human
health and environmental risks, F. oxysporum has been
dubbed "Agent Green" by civil society opponents, who
liken it to the defoliant Agent Orange that was used by
the US in Vietnam. In the US conception, huge amounts of
specially-formulated Fusarium would be sprayed from large
military aircraft to blanket large portions of Colombia
and, potentially, other countries. 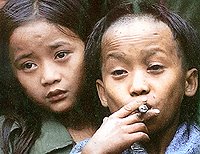 The HR 2829 provision does not specifically mention
Colombia or Fusarium, although it does specify that the
testing plan should be for a "major drug producing
nation". This opens the possibility that the tests could
be conducted elsewhere, such as Central Asia, where the
US has supported development of biological weapons for
use against opium poppy. Given past events, however, the
bill's language is widely interpreted to refer to
Colombia." 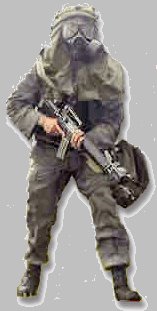 Posted by Unknown at 3:22 PM
Email ThisBlogThis!Share to TwitterShare to FacebookShare to Pinterest