Tokyo and Beijing join to fight the Asian Gangs 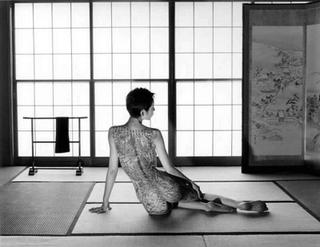 Despite their diplomatic differences, China and Japan
signed two treaties organizing a joint battle against
Japan's Yakuzas and Chinese triads on June 8.

The first treaty aims to set up a clearing house for
intelligence on the different gangs and their members,
Led by the organized crime section of Japan's National
Police Agency (NPA) and China's state security
(Gonganbu) ministry, the exchanges will be facilitated
by the fact the two countries will use the same
characters for proper nouns, making it easier to use
data bases. The second treaty allow prisoners sentenced
for misdemeanors and crimes to be sent back to their
country of origin. In 2004, nearly 1,700 Chinese were
languishing in Japanese jails as opposed to just I I
Japanese in China.

The fresh willingness to cooperate springs from a
meeting in January between the Gonganbu minister, Zhou
Yongkang, and Yoshitaka Murata, head of the Japanese
public security committee.

The measures have come in the midst of a power shuffle
within many of the big regional crime gangs. In Japan,
the death of Toi Inagawa, one of the country's top
mobsters, has cleared the way for his son, Hideki
Inagawa to try to form a bigger group by bringing small
gangs under the wing of his yakuza, Inagawa-kai, He
hopes the result will swell his gang's membership from
5,000 to 10,000.

The triads in Taiwan often act as a bridge between
Japan's Yakuzas and mobs on mainland China, And the same
consolidation currently underway in Japan could occur in
Taiwan following the death of the local crime
"peace-maker", Hsu Haiching in April. All of Taiwan's
gangs - Bamboo Union, four Seas, Celestial Way- attended
his funeral in Taipei, as did Sun Yee On from Hong Kong
and the Yamaguchi-gumi, the leading Japanese yakuza.
Since its boss, Yoshinori Watanabe, retired,
Yamaguchi-gumi has been working with Chinese gangs
across the world, starting with those in Europe.

End of quotes in Political Intelligence
www.IntelligenceOnline.com N'502, 17 - 30 June 2005
Posted by Unknown at 9:39 PM
Email ThisBlogThis!Share to TwitterShare to FacebookShare to Pinterest