Japan and China ready to debate their Historical Great Leap and Diplomatic Polyphony? 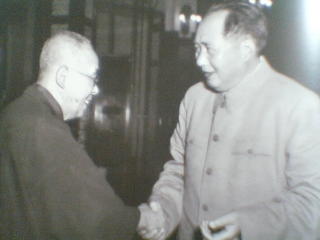 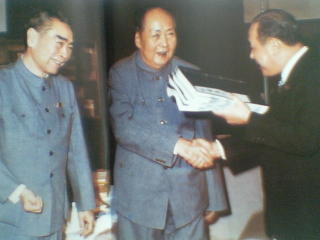 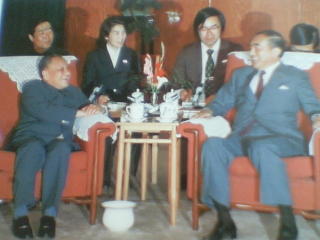 "There are 2,000 years of (friendly) exchanges between
China and Japan. The history of the exchanges was much
longer than that of confrontations," Zhao Qizheng,
minister of the Chinese State Council Information
Office, said at the opening ceremony of the photo
exhibition in Tokyo describing the past 60 years of
history between Japan and China, after WW2. "We hope
people, especially the young people in both countries,
will gain confidence in our future" through the event."
Also that day the words of the Diet HOR Speaker Mr.
Yohei Kono who analyzed the situation in Europe between
France and Germany were very important, I think, as an
image of what ex-foes can do to forgive and prepare
future generations to live in peace and development.

I mentioned to Minister Zhao that I still study Chinese,
he seemed very enthusiastic, or at least, happy to speak
a few words of Chinese In Tokyo with a French European
journalist and foreign correspondent. A rare Gaijin
present on that day.

Actually and it is an academic view, the only way to
consider history is to open debates. By debating and
confronting in a positive manner all elements and try to
reach a majority of agreements is the long and fruitful
way which would avoid any form of impeachments based on
discriminations or confrontations. It is largely
admitted that the last stage of discrimination has one
word : genocide. It is to be firmly addressed. In France
too, politicians have serious difficulties to address
history and among many topics, the colonization. There
is not much debate about it in France, is there?

By being able to attend this remarkable and intelligent
event where I felt very comfortable, I also had the
delectation to be in interaction between the 2
communities and witness debates and frank exchanges. An
idea came to my mind immediately with one certitude :
the day when Japan and China will become two friends,
the planet Earth will never be the same! The Heavens and
the Sun, after all, are made to merge... I therefore
strongly hope that my perceptions of understanding and
manhood I felt today with Chinese and Japanese
societies, are a landmark on the road of fellowship and
to be repeated.

But! There were one bad and one good news on that day of
July 28th :

Tokyo's education board adopted a history textbook on
Thursday that critics say whitewashes past Japanese
militarism for use at 26 junior high schools in the
capital, a decision that could anger China and South
Korea. Japan's Education Ministry approved the new
edition of the textbook, written by nationalist
scholars, in April, sparking protests from China and
South Korea where bitter memories of Japan's aggression
before and during World War II persist. 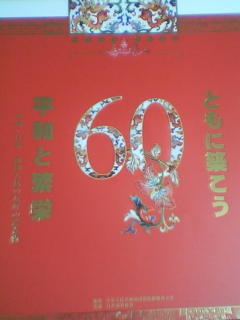 The six-member Tokyo education board adopted the
textbook for use at four state-run schools and 22
schools for the blind and deaf and the physically and
mentally handicapped, said an official at the Tokyo
metropolitan government. "The decision was reached
unanimously," he said, adding that the textbooks would
be used for four years starting next year. 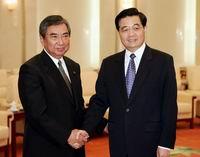 The board also adopted a civics textbook, produced by
the same group of scholars, that has upset South Korea
as it reiterates Tokyo's claim to two tiny islands
disputed with Seoul, for use at the 22 schools for the
handicapped. Because of a complex administration system,
the board has power to approve textbooks for only a
handful of the hundreds of junior high schools run by
public authorities in Tokyo. Earlier this month, the
education board of the city of Otawara in Tochigi
prefecture, 150 km (90 miles) north of Tokyo, became the
first municipal government to adopt the latest versions
of the two disputed textbooks. 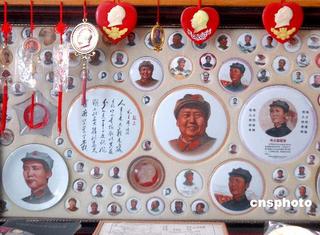 Critics say the history textbook, sponsored by the
Japanese Society for History Textbook Reform
(Tsukurukai), plays down the 1937 Nanjing Massacre in
China, ignores the sexual enslavement of women for
Japanese soldiers and depicts Japanese wartime actions
as aimed at liberating other Asian countries. A previous
version of the history textbook, approved in 2001, was
adopted by less than 1 percent of school districts
nationwide, but Tsukurukai and its supporters hope to
increase that to 10 percent with the new edition.
Opponents of the textbook are worried that given a rise
of nationalism in sections of Japanese society, many
state schools may adopt the textbook. The authors and
supporters of the textbook argue that the history text's
approach corrects a "masochistic" view of history which
they say has deprived Japanese of pride and patriotism.
The government has said the text does not represent the
official view of history. The Tsukurukai praised the
Tokyo board's decision and said it hoped other school
boards would follow suit.

On the same day fortunately the Chinese government held
a ceremony at Mori Art Museum at Tokyo Roppongi Hills
superb location for an exhibit on the country's
relations with Japan after World War II from July 28 to
Aug. 7 at the Roppongi Hills commercial complex in
Tokyo, the State Council Information Office said
Wednesday. The exhibit will feature 220 pictures, chosen
from about 1,000 contributed by the two governments as
well as the private sector, which will be shown
according to themes such as 60 years of governmental and
grassroots-level exchanges, according to the office. 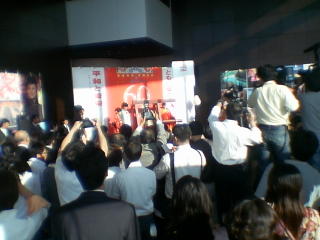 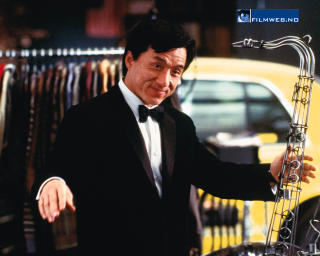 "It is important for us to remember all aspects of
friendship, war and history," said Zhao Qizheng,
minister at the office. "We hope that the Japanese side
will also host a similar exhibit."

end of quote
Posted by Unknown at 9:56 AM
Email ThisBlogThis!Share to TwitterShare to FacebookShare to Pinterest