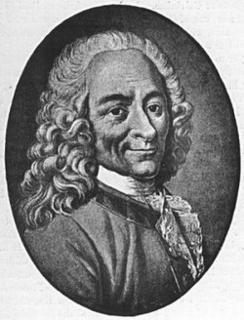 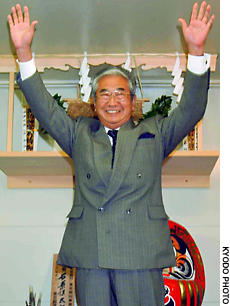 
The Tokyo Metropolitan Government has ordered a
Tokyo-based French school operated by the French
government to pay about 100 million yen in taxes as the
school is not eligible to receive tax exemptions.
Ishihara recently claimed that French language was not
capable of counting appropriately...

"The move comes a week after a French-language teacher
and 20 others sued Tokyo Gov. Shintaro Ishihara over
what they claim were disparaging remarks about the
French language.

Following the issuance of an order by the metro
government in May 2004, Lycee franco-japonais de Tokyo,
based in Chiyoda Ward, had agreed to pay the amount,
which was levied as a fixed-asset tax and urban planning
tax for the 2000-2004 period, the officials said.

The school has yet to obtain the status of a legally
incorporated educational institution, a condition for
receiving tax incentives from the metro government, they
said.

"France does not have the idea of 'incorporated
educational institution,' " said Takehiko Anan of the
metro government's bureau of taxation.

Anan said that was why it took several years before the
French side agreed to apply to be authorized as an
incorporated educational institution and to pay the
taxes before the school gets the authorization.

Most schools catering to foreign children in Tokyo have
the metro government authorization as incorporated
educational institutions, which are exempt from the
fixed property tax and the city planning tax, he said.

The metro government had accorded the school exceptional
tax-free treatment, accepting its claim that it was
simply behind schedule in applying for the status.

However, the school did not take prompt action in
obtaining the status and the metro government decided to
impose the taxes in May last year, citing a need to
ensure taxation fairness.

Lycee franco-japonais de Tokyo was founded in 1975. It
stands on a site owned by the French government. 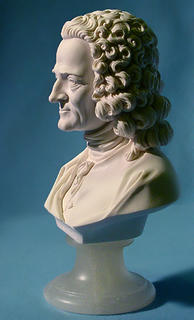 Last week, Malik Berkane, 46, principal of a
French-language school in Tokyo, filed a suit at the
Tokyo District Court, along with 20 other French and
Japanese, demanding an apology and 500,000 yen in
compensation for each plaintiff over remarks made by
Ishihara on Oct. 19.

Ishihara said French did not qualify as an international
language as it was a language in which you could not
count. "

Ishihara Shintaro (1932- ) The Ishihara brothers, Yujiro
and Shintaro, made their very considerable mark on Japan
in the middle of the last century. The younger Yujiro
died in 1987 but still lives on as one of the country's
biggest cultural icons (something like Japan's Elvis
Presley). The elder Shintaro first achieved fame while
still in university when his novel Seasons of the Sun
(Taiyo no Kisetsu) won the Akutagawa Prize in 1955. When
Yujiro made his cinematic debut in the hit movie
version, it made big stars of both young brothers. 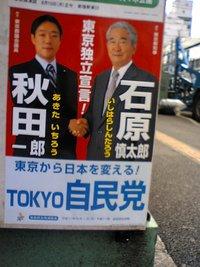 Shintaro's reputation grew after he entered the world of
politics in 1965. He was often outspoken and critical
even of members of his own party, the long-dominant
Liberal Democratic Party (LDP). Like his brother, he was
often referred to as a nationalist. The most famous
example of Shintaro asking his fellow countrymen to
stand up to the US was the 1989 book A Japan That Can
Say No, co-authored with Sony chairman Morita Akio. He
also angered Chinese leaders by making a statement that
their claims about the Rape of Nanking were exaggerated
or worse, fabricated, while also attacking their
policies on Tibet. In another incident, an Ishihara aid
was arrested for defacing posters of an opponent in
Ishihara's electoral constituency in 1983 (Arai Shokei
was a naturalized North Korean and the Ishihara office
was accused of spreading rumors that he would act as a
spy).

Ishihara's populism ensured that he rose through the
political ranks, but his maverick style meant that he
failed to establish any real power base. In particular,
he failed to form his own faction in the LDP. His
highest post was Minister of Transport in the 1980s. He
dropped out of national politics in 1995, disenchanted
with the lack of vision which was bringing the country
to the brink of financial ruin. But he could not stay
out of the limelight for long, and he ran for the post
of Governor of Tokyo in 1999. In his campaign, among
other things Ishihara called for the return of the US
airbase at Yokosuka, near Tokyo, for use as a civilian
airport. This certainly appealed to many people due to
Tokyo's reliance on the inconvenient Narita
International Airport. His "Tokyo That Can Say No"
slogan and attacks on his former party, by now suffering
the effects of scandals and a prolonged economic slump,
ensured him a landslide victory.

After his election, Ishihara continued to fan the flames
of controversy, for example by including in an address
to the security forces that they should be ready to
defend the country against rioting foreigners in case of
a major natural disaster. In particular, he used the
term "sangokujin", literally people from a third
country, but usually meant as a derogatory word for
people from Japan's prewar colonies of Taiwan, China and
Korea.

He doesn't apologize for what some critics call
xenophobia. "I am a nationalist," he said. "I like sumo
and I like kabuki, but I don't necessarily have
ethnocentric ideas that everything Japanese is better.
In the Japan-U.S. relationship, what I hate most is
Japan. It can't speak up. It has no national strategy.
Japan should design is own financial products that even
Americans will want to buy. But when America says no,
Japan just gives up."

Tokyo Governor Shintaro Ishihara recently fired a
broadside at Korean President Roh Moo-hyun, saying his
criticism of Japan was "a third-rate political
technique" to recover popularity at home. Appearing on a
Fuji TV interview program, Ishihara said Roh's repeated
criticism of Japan over its colonial abuses and the
Dokdo Islets was "a stopgap measure for President Roh to
recover some of his popularity." He added, "For a
politician it's a third-rate technique." 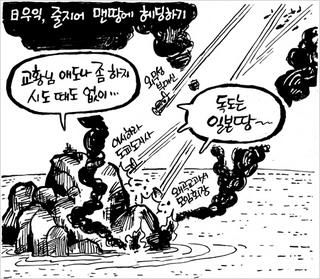 Cartoon : Kamikaze pilots including Tokyo Governor
Shintaro Ishihara and Senior Vice Foreign Minister
Ichiro Aisawa cry, "Dokdo is Japanese territory!" as
they slam into the rocky islets. The Korean police
guarding the island say, "Can't they just shut up and
mourn the pope? 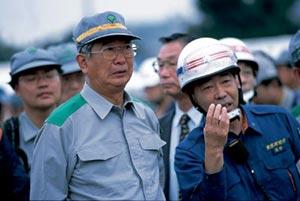 Shintaro Ishihara (born September 30, 1932), author,
outspoken Japanese nationalist, populist, and current
governor of Tokyo, was born in Hyogo Prefecture in
Japan. After winning the Akutagawa Prize (Japan's most
prestigious literary prize) when he was a 23-year-old
college student, he and his now deceased brother Yujiro
Ishihara, who was Japan's most popular movie star,
became the center of a youth-oriented cult. Ishihara has
stayed in the public limelight since then.

In the early 1960s, he concentrated on writing,
including plays, novels, and a musical version of
Treasure Island. He was involved in directing, ran a
theater company, traveled to the North Pole, raced his
own yacht, and crossed South America on a motorcycle.

He entered politics in 1965 via the long-dominant
Liberal Democratic Party (LDP), but was often critical
of it. In 1973, he joined with thirty other LDP
lawmakers in the anti-communist Seirankai, or Blue Storm
Group; the group gained notoriety in the media for
sealing a pledge of unity in their own blood.

In 1989, Ishihara came to the attention of the West
through his book, A Japan That Can Say No, co-authored
with then-Sony chairman Akio Morita. The book called on
his fellow countrymen to stand up to the United States.
He dropped out of national politics in 1995, but remains
a national political figure.

In 1999, he ran on an independent platform and was
elected governor of Tokyo. Since then he has undertaken
a number of bold and popular moves at the metropolitan
government level, such as imposing a new tax on banks'
gross profits and holding up a bottle of diesel soot as
he restricted the operation of diesel-powered vehicles.
At the same time, he has gained notoriety for statements
referring to Tokyo-based Chinese and Koreans as
sangokujin , an old term literally meaning
"third-country person" which is now considered to be
derogatory. Ishihara also declared in a 1995 Playboy
interview that the Nanjing Massacre "never happened" and
was a "Chinese creation". 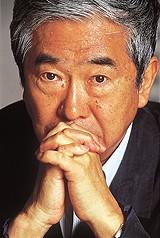 Governor Ishihara wanted to study the French language
when he was a school kid and asked his authoritarian
father to enter the Imperial university of Kyoto, but
his father denied this dream and obliged him to study
accounting (konin kaikeshi). Today, Governor Ishihara is
regarded as a potential future Prime Minister.

(Comments on the record from Tokyo Governor Ishihara
during an interview for TBS at Tokyo City Hall July 15th
2005, 22h35 PM)
Posted by Unknown at 3:18 PM
Email ThisBlogThis!Share to TwitterShare to FacebookShare to Pinterest