I recently wrote a column for my news station in Paris about Japan's difficulties facing China and other Asian neighbors. My point was among others balanced and I tried to focus on strategical issues including the assistance of US forces in Japan. I got this comment from a Kantei (Prime Minister bureau) official :

"It is overstatement to say Japan is badly liked of Asia
as the issue you have mentioned is mostly about Japan's
relationship with China. Asia consists of many more
countries and the title gives wrong impressions
concerning Japan in Asia.

Moreover, the reporting does not give any regard to the
fact that Japan is now a pacifist country which has not
engaged in a war or combat for past sixty years. This is
quite a feat for any country in this region. There is no
glorification of imperial past either.

I am disappointed with the reference to the American
forces in Japan as they are in other area of world as
well and does not merit special attention in this
context as this particular anchor does.

As a fast developing country China needs Japan and Japan
needs China in many ways. This is a view shared by both
country leaders and I believe your viewers would not be
served well by overemphasizing conflict between two
countries in this manner."

End of quote of this Japanese official who prefers to
remain anonymous... 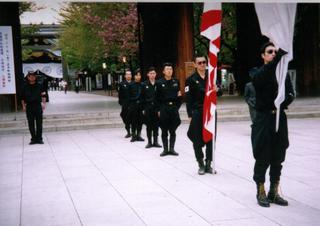 Born in 1935, Taichi Sakaiya was a bureaucrat of the former Ministry of International Trade and Industry before he became a novelist. He served as Minister of State for Economic Planning in the administrations of Keizo Obuchi and Yoshiro Mori

"Meanwhile, no country in the world has more serious
political and diplomatic problems with its neighbors
than Japan.

The root cause of these problems lies in the way
politicians leave foreign policy to bureaucrats. There
is also the problem of sectionalism by ministries that
are determined to protect their turf. The Yasukuni
problem is no exception.

The government leaves it to the Foreign Ministry to
provide explanations about Koizumi's Yasukuni visits to
China and other neighboring countries. As a result,
Japan seems to be giving different explanations to
audiences at home and abroad. 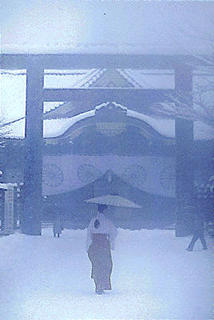 In foreign policy, political judgment to choose what is
more important to the nation and give in to other
countries on other points is indispensable. Such
judgment is lacking in Japanese diplomacy. 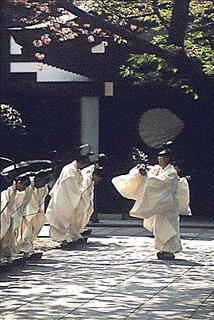 The situation is so critical that I am reminded of a
comment by U.S. President Franklin D. Roosevelt on the
eve of the Pacific War. He said that Japan refuses to
compromise on anything.

Koizumi has remained adamant about making the shrine
visits since he first publicly pledged to make them when
he was campaigning for the Liberal Democratic Party
presidential election. If that is the case, he should
squarely face the Yasukuni problem as a religious
problem and not a political one.

He should explain his thoughts on Yasukuni Shrine and
make a concerted effort to win the understanding of
neighboring countries. Doing so would also be the first
step in sloughing off the practice of leaving diplomacy
to bureaucrats and recovering strategic foreign policy."