Warrior's Tale in the Land of Harmony 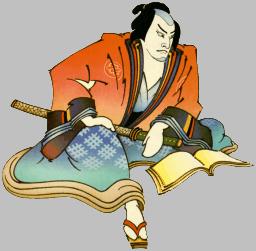 "Warrior's Tale in the Land of Harmony"

[This is a tale initiated by a Japan watcher, historian and
consultant, Asian Gazette does not endorse neither reject
the words used in this invention]

A Cenacle of old men, rich and thick, consider that
Japanese prime minister transmutes into an embarrassment
to Japan Inc. Their meeting in spring 2005 is crucial
as they adjudicate that it is time to obliterate Lion
Heart quietly off the sophisticated rulers exchequer.

Koizumi misanthropy towards plenteous postmen who did
not service him at his prior electoral attempts turns
sour and emotional. Here comes the prey for Koizumi
hates the unwilling to pay heed to his crusade.

Back to the future, in 1993 and 1995 daze. Japan LDP
manipulated the Socialists to apologize to the noisy
world on WWII and kicked off reforms to clean up the
financial bad habits. Soon the belligerent Gung Ho is
named Ryutaro Hashimoto.

2005, like in a feudalistic Japan where things do not
have to change too much as the old boys said, it is time
to clean up the politics in Japan. China and Russia are
two big Devils. US hand is fallible these days. Koizumi
thinks that he is capable of survival and win the power
struggle in his LDP Sengoku era. "No change, I can't
change".

The wise men cast a gloom on his endeavor. One tool is
to use the Jean Baudrillard's theory on Integral
Reality: "Everything is technically conceivable and
attainable."

Late 2005 early 2006, Koizumi finally out. Exit Abe
Shinzo. Next swerve within the decade, gets nurtured
and goes breeding.

Denouement with a refurbished ambiance for Japan Inc.
XXI Century, instrumental to Uncle Sam. New carriage
set for Fukuda inscribed with new cool breezed apparel
for months thanks be to the Mori factory.

End of Chapter I 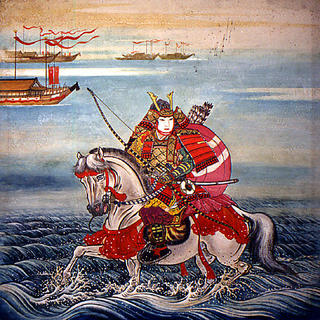 The Atsumori story is drawn from The Tale of the Heike,
an epic narrative about the late 12th century clan wars
between the Minamoto (the Genji clan) and the Taira or
the Heike. If our knowledge of precious little prince
Genji s romantic escapades is any indication, his clan
ought to lose the war, but it is the Genji who wins the
day against the Heike (1185), and of course, at the end
of the war, all the Heike chieftains kill themselves or
are killed.

The incident referred to in the play Atsumori describes
how Lord Atsumori of the Heike was executed by Kumagai,
a decent Genji warrior, whose sense of guilt about
executing a kid his son s age turns him toward
contemplative life. In the play, Kumagai, now named the
Monk Rensei, returns to Ichinotani to pray for Lord
Atsumori s soul. On the way he has an encounter with
young reapers, and later, with the ghost of Lord
Atsumori himself, both of them still unable to free
themselves from a mortal s obsessions of victory and
defeat. In the play, the two warriors, one dead and the
other who has actively renounced the world, find
reconciliation and their lives move toward
enlightenment.

- THE PRIEST RENSEI (formerly the warrior Kumagai).
- A YOUNG REAPER, who turns out to be the ghost of
- Atsumori. (image of Atsumori as a warrior.)
- HIS COMPANION.
- CHORUS

Life is a lying dream, he only wakes who casts the World
aside. I am Kumagai no Naozane, a man of the country of
Musashi. I have left my home and call myself the priest
Rensei; this I have done because of my grief at the
death of Atsumori, who fell in battle by my hand. Hence
it comes that I am dressed in priestly guise. And now I
am going down to Ichi-no-Tani to pray for the salvation
of Atsumori's soul. (He walks slowly across the stage,
singing a song descriptive of his journey.) I have come
so fast that here I am already at Ichi-no-Tani, in the
country of Tsu. Truly the past returns to my mind as
though it were a thing of to-day. But listen! I hear
the sound of a flute coming from a knoll of rising
ground. I will wait here till the flute-player passes,
and ask him to tell me the story of this place.

To the music of the reaper's flute No song is sung But
the sighing of wind in the fields.

They that were reaping, Reaping on that hill, Walk now
through the fields Homeward, for it is dusk.

Short is the way that leads from the sea of Suma back to
my home. This little journey, up to the hill And down
to the shore again, and up to the hill,-- This is my
life, and the sum of hateful tasks. If one should ask
me I too would answer That on the shores of Suma I live
in sadness. Yet if any guessed my name, Then might I
too have friends. But now from my deep misery Even
those that were dearest Are grown estranged. Here must I
dwell abandoned To one thought's anguish: That I must
dwell here.

PRIEST. Hey, you reapers! I have a question to ask
you...

[It certainly contains valid elements, enought to
generate a dispair into Fukuda's ranks a few months
late and pertains to the making of a political tale.
Asian Gazette will therefore quotes Machiavelli's view
on a prince's morality :

"How praiseworthy it is for a prince to keep his word
and live with integrity rather than by craftiness,
everyone understands; yet we see from recent
experience that those princes have accomplished most
who paid little heed to keeping their promises, but
who knew how to manipulate the minds of men craftily.
In the end, they won out over those who tried to act
honestly."

Various political analysts prior to Machiavelli based
their counsel on the assumption that for a ruler to
succeed, he must be ethically sound; as if power was
earned by integrity. Machiavelli?s approach was much
more pragmatic and sharply contrasted with the ideals
preached by the Church. Although he does not
completely exclude ethics, he minimizes their role in
a prince?s actions, because he believes that a prince
has a unique role, and should therefore let his goals
justify the means of achieving them. He introduced
the theory that morally wrong actions are sometimes
required to achieve morally right outcomes.
Machiavelli gives the masses one identity, the
subjects of a prince?s authority. This entity must be
controlled by the prince because they ultimately
decide the fate of a prince.