Who and what constituted the WW2 Kamikaze? 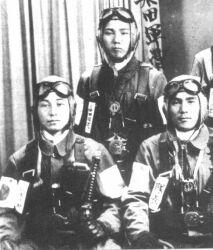 Quote:
"... nothing was more terrifying than a kamikaze attack.
Grainy black-and-white footage of Japanese fighter
aircraft plunging into the decks of aircraft carriers,
shown repeatedly on television, also formed the most
enduring images of the war for several postwar
generations of Americans...

Such fanatical resistance on the part of kamikaze pilots
convinced many Americans in the military at the time,
and many American civilians afterward, that an invasion
of Japan would lead to equally fanatical suicide attacks
by ordinary Japanese, resulting in millions of
casualties on both sides...

who were the kamikaze pilots? What motivated them, and
what were they thinking and doing in their final hours
before they took off in their bomb-laden planes? What
did their families, friends and those in the local
villages near the kamikaze bases think...

The pilots were usually kids, farm boys who joined not
only out of patriotic duty but for the adventure. One
boy, Iwao Fukugawa, would receive training, watch his
friends fly off to death, but survive and go on to a
successful postwar business career. Fukugawa came from
an exceptionally close family, who would visit him while
he was in training, bringing him food, which he readily
shared....

The story of the girls of Chiran, the Nadeshiko unit, is
little known, even among World War II history buffs, and
is here exceptionally well told. The girls, who were
only 14 or 15 years old at the time, were ordered to
work at the Chiran base. They cleaned the base and
prepared meals for the pilots, most of whom were only a
few years older than themselves.

It was a experience of unimaginable trauma for the
Nadeshiko girls, who spent days befriending the pilots,
watched them fly off to their deaths, and then turned
around to welcome another fresh batch of young men that
they knew would soon be dead. Like the pilots who
survived, the girls remained close-knit friends after
the war. A few of these girls, now grandmothers in
their 70s, continue to meet regularly in Tokyo...."
End of quote. 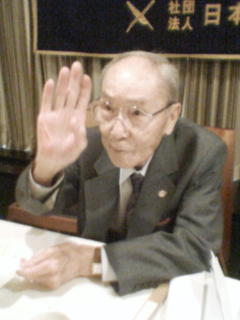 This photo of Zenji Abe, "in the morning hours of Dec.
7, 1941, Lt. Zenji Abe took off from the flight deck of
the aircraft carrier Akagi bound for the U.S. naval
base at Pearl Harbor. Abe, now 89 and battling cancer,
could not have known that he would play a part in one of
the most important historical events of the 20th
century. He is believed to have taken part in the
sinking of the "Arizona," which, more than any other
ship that went down, symbolized the enormity of the
event. Japan's attack on the base at Pearl Harbor would
become the rallying point for America's entry into the
war and would be remembered for decades as a day of
infamy."

Book :
BLOSSOMS IN THE WIND: Human Legacies of the Kamikaze, by
M.G. Sheftall. NAL Caliber, 2005, 480 pp.
Posted by Unknown at 12:51 PM
Email ThisBlogThis!Share to TwitterShare to FacebookShare to Pinterest