Is it really time for North Korean bunker capitalism ? 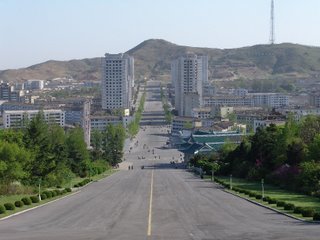 The Kaesong Industrial Complex, located just north of the
heavily fortified border, is considered to be one of the
main achievements of the landmark inter-Korean summit in
2000. The zone is a testing ground for mixing South
Korean capitalism and technology with the North's cheap
labor. The ambitious plan by the two Koreas to transform
their border area into a joint industrial park has been
thrown into deep uncertainty in the wake of missile
launches by the North that have heighten geopolitical
risks on the divided peninsula. 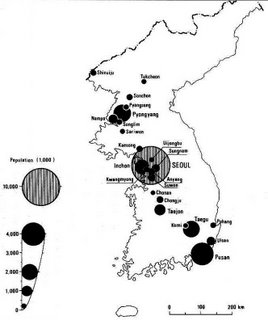 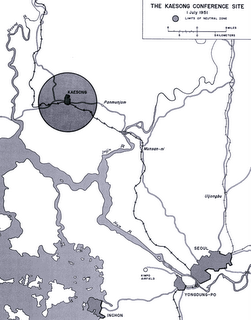 South Korean officials are meeting their U.S.
counterparts to discuss a free trade deal this week, but
they can hardly win a U.S. concession to recognize items
manufactured at the complex in the North Korean border
city of Kaesong as South Korean products. If the Kaesong
products are not considered as South Korean-made, which
ensures tariff benefits, they can hardly be sold in the
United States and elsewhere. South Korean manufacturers
will be reluctant to make ventures in the North Korean
industrial complex at a time when tensions are running
high across the border following the North's missile
tests last week. 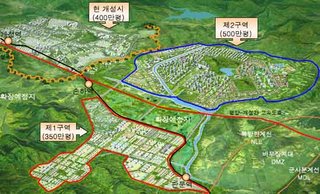 A total of 15 South Korean companies produce goods
ranging from clothes to kitchenware at the complex,
hiring thousands of North Korean workers. More than
6,500 North Korean workers are working for a dozen South
Korean firms operating in the joint complex. Under an
inter-Korean government accord, North Korean workers
there are paid about $58 a month. The money is not paid
directly to the workers, but instead goes to the North
Korean authorities. South Korean manufacturers have
relocated their factories to the Kaesong complex to
benefit from cheap labor and land, want to export goods
at competitive prices to the United States and other
countries. With the labels of being "made in DPRK (North
Korea)," however, Kaesong products can hardly be sold in
the United States due to high tariffs that would cut
their price competitiveness. Nations are concerned that
strategic products such as precision machinery and
high-tech personal computers, may reach the industrial
park in the North viewed as supporting terrorism. The
U.S. State Department has already conveyed its concerns
about Seoul's easy shipments of strategic items through
the Kaesong project. Blacklisted North Korea, a country
that sponsors terrorism was imposed financial sanctions
for its alleged counterfeiting, money-laundering and WMD
traffic. 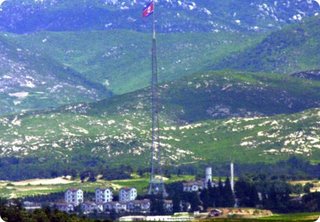 Posted by Unknown at 10:27 AM
Email ThisBlogThis!Share to TwitterShare to FacebookShare to Pinterest