Those toys are expensive : realignment of US forces will cost Japan 12,6 billion euro ! 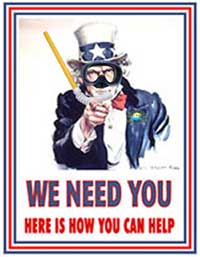 In early May, former defense chief Fukushiro Nukaga,
who is liked by the US, said the realignement would
cost less than 2 trillion yen. "He worked well" and is
not reassigned by PM Abe Shinzo, so, "now Kyuma san is
back in charge" some defense experts said.

"Japan's Defense Agency has estimated that Tokyo will
need to pay nearly 12,6 billion euro (US$16 billion) to
help cover the costs of a realignment of U.S. forces
stationed in the country, a newspaper reported Sunday.

Japan's Cabinet in late May approved plans for a
sweeping realignment of U.S. troops in Japan _ the
largest such move in 50 years _ that will give Japan
greater responsibility for security in Asia.

Japan and the United States agreed on the plan in
April, saying it would streamline U.S. forces based in
Japan and alleviate some of the grievances of people
in Okinawa, a cramped southern island which hosts
about 23,500 U.S. troops, nearly half the 50,000
stationed in Japan.

The estimated 1.86 trillion yen (US$15.8 billion) bill
reported by Japan's Yomiuri newspaper Sunday includes
Tokyo's share of the cost of transferring 8,000
Marines from Okinawa to the U.S. Pacific island
territory of Guam.

The Defense Agency is estimating that transfer will
cost Japan 676 billion yen (US$5.7 billion), the
Yomiuri said. The figure is just under the 60 percent
Japan has been expected to shoulder of the estimated
US$10.3 billion tab to move the Marines. The remaining
1.19 trillion yen (US$10.1 billion) in the estimate
covers Japan's share of the cost of shuffling and
consolidating other U.S. forces in the country, the
newspaper said.

Defense Agency officials were not immediately
available to comment on the report Sunday. Tokyo has
not yet formally announced how big Japan's share of
the costs of the realignment will be.

The planned realignment will leave about 15,500 U.S.
troops in Okinawa, but has met some opposition. Local
governments and civic groups argue that the top
priority should be reducing U.S. forces and returning
bases to Japanese control. " (Agencies)
Posted by Unknown at 1:24 PM
Email ThisBlogThis!Share to TwitterShare to FacebookShare to Pinterest