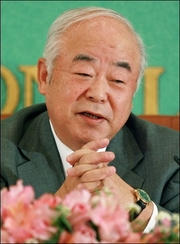 Today I had a great news at my press club, the Japan
National Press Club in Tokyo (Nihon Kisha Club in
Japanese language). This guy is tough! Tokyo rumors
that he could be positioned as a future Prime Minister
should the political pendulum changes and bring back
the "doves" into the Japan's archipelago.

"Japan's defense minister has admitted that US
President George W. Bush was wrong to invade Iraq and
warned that Tokyo could not automatically renew its
air force mission to the war-torn country. The rebuke
from one of Washington's closest foreign allies came
hours after an embattled Bush used his annual State of
the Union address to plead for public support to send
more troops to Iraq.

"Mr. Bush went ahead in a situation as if there were
nuclear weapons, but I think that decision was wrong,"
Defense Minister Fumio Kyuma said of the 2003
invasion. Japan's former prime minister Junichiro
Koizumi, a close friend of Bush, strongly supported
the invasion and took the landmark step of deploying
Japanese troops to Iraq.

Koizumi withdrew the troops last year before leaving
office. But Japan has continued to deploy its air
force, which hauls personnel and goods into Iraq for
the US-led coalition and the United Nations. Kyuma
said Japan had not decided whether to extend the
mission when it expires in July. "We must look very
carefully at what the United Nations will continue to
request from Japan. Just because the US decided to
reinforce troops does not mean that Japan should do
the same. It's not so simple," he said.

"What can Japan do to reconstruct Iraq? Is it
impossible without Japan's (Air) Self-Defense Forces?
We must look at the overall assessment to give a final
decision," he told a news conference.

Kyuma, who took office in late September, has
repeatedly criticized the US handling of the Iraq war
and former US defense secretary Donald Rumsfeld. In
his latest remarks, Kyuma also rejected Bush's
frequent comparisons of Iraq to post-war Japan. The
US president has repeatedly pointed to the alliance
with Japan as proof that former adversaries can become
allies. "Just because it worked in Japan does not mean
it would work in Iraq," Kyuma said. "It worked in
Japan because the US left the emperor system."

Kyuma this month became Japan's first defense minister
since World War II after Prime Minister Shinzo Abe's
government pushed through a bill to give him cabinet
status. "By upgrading to a defense ministry, everyone
seems to have the illusion that ... Japan is becoming
a military power," Kyuma said. "However, it is
performing under the government's limited budget"
under which military funding is decreasing, he said.
"Also, if we maintain the current constitution, there
should be no such worry," he said." End of quotes.

If... we maintain the current Constitution is indeed
to watch. Japan is a rare nation with a peace
promoting Constitution. Might be that US pushes Tokyo
to become less pacifist, and the question remains,
will Japan's political world on Nagatacho (Nagata
Hill) have enough guts and courage to say "No" to
refuse the spiral of violence harvested by the
estrange military-industrial complex linked to the
security alliance imposed by the US to the point of
denying Japan's sovereignty ? 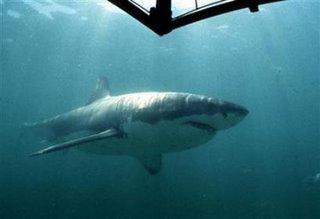 Posted by Unknown at 7:30 PM
Email ThisBlogThis!Share to TwitterShare to FacebookShare to Pinterest