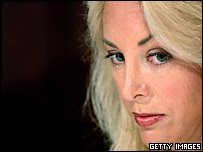 A former US spy at the center of a CIA leak case said
at a hearing of the House Oversight and Government
Reform Committee March 16th that she felt "hurt and
betrayed" by members of the Bush administration.

In their lawsuit US Ambassador Joseph Wilson and his
wife, Valerie Plame, accuse Dick Cheney and others of
endangering the lives of themselves and their children
by revealing her status. And, they allege, it was all
done for revenge.

This on-going saga began in 2002, when former US
Ambassador Joseph Wilson was despatched from
Washington to Niger - the White House apparently
hoping that he could gather detailed intelligence on
reports that Saddam Hussein was attempting to buy
uranium from the African country in an attempt to
build a nuclear bomb.

Ambassador Wilson's investigation found that those
allegations were untrue. His findings were at odds
with the administration's expectations and went
largely ignored: President Bush and others continued
to claim that Saddam Hussein was attempting to acquire
uranium from Niger.

Speaking in public for the first time about the
episode that touched off a scandal in the
administration, Valerie Plame Wilson said she felt as
though she had been "hit in the gut" when her husband,
Joseph C. Wilson IV, dropped a newspaper on their bed
on a July morning in 2003 and she saw that the
columnist Robert D. Novak had mentioned her CIA
status in passing. Plame, who has been accusing
members of the administration of leaking her identity
to the press to avenge her husband's anti-war
comments, said the administration knocked her off a
career path she was so proud of. 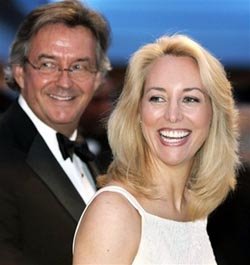 Her husband, a former diplomat with considerable
experience in Africa, traveled to the continent in
2002 to investigate rumors that Saddam Hussein was
trying to acquire uranium from Niger to build Iraq's
nuclear arsenal. In July 2003, an essay by Wilson in
The New York Times expressed deep skepticism about
Iraq's arsenal, and by implication skepticism about US
President George W. Bush's justification for the Iraq
war.
Posted by Unknown at 9:22 PM
Email ThisBlogThis!Share to TwitterShare to FacebookShare to Pinterest