Michelin Tokyo " He is back! "

The 2009 edition is to send a wave of enthusiasms, lauds and criticisms. He is a product as much expected at the new Harry Potter. Bibendum is back! 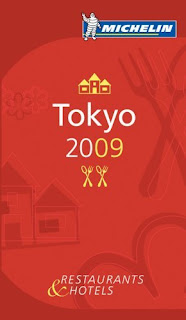 Michelin Guide Tokyo 2009 will be released Nov. 21, as an updated version of the inaugural edition of the restaurant guidebook by the French tire-maker that sold 300,000 copies the first time. 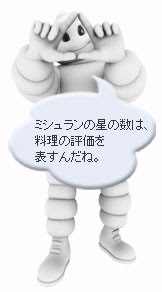 Bookshops expect brisk sales of the latest edition while publishers of other restaurant guidebooks are trying to jump on the bandwagon. The red-covered Michelin Guide is nicknamed the "Red Ship", an allusion to the "Black Ships" led by U.S. Commodore Matthew Perry that ended Japan's isolation policy in the 19th century. Michelin Guide Director Jean-Luc Naret sets a sales target for the Tokyo edition at over 300,000 copies this year and onward, and the ambitious target is backed by careful marketing. 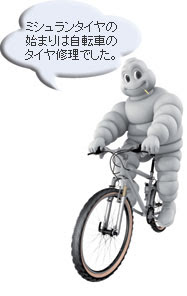 Tokyo edition uses many photos and, for the first time in the coveted guidebook's history, carries only restaurants that got starts. The strategy attracted a wide range of readers from young women to middle-aged men. Michelin aims to attract repeat customers by expanding areas and restaurants covered in the book while reaching out to foreign tourists to Japan. Though the number of foreign visitors remains sluggish due to a global financial crisis, Japan is still a promising market for restaurant guidebook publishers, as the government tries to raise the number of overseas tourists to 10 million in 2010.

And one way to show his Japanese identity is the new symbol in the new Michelin Guide Tokyo 2009 where customers of restaurants marked with it will need to take off their shoes! Michelin, according to some "indiscrétion", might publish a Kyoto version in the future.
Posted by Unknown at 9:55 AM
Email ThisBlogThis!Share to TwitterShare to FacebookShare to Pinterest