Junichiro Koizumi to the US: " I want you, I need you" 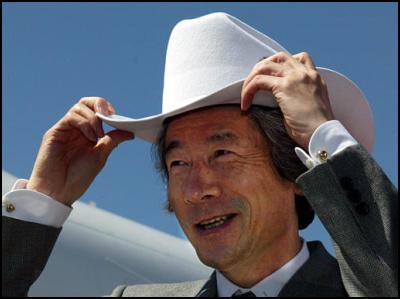 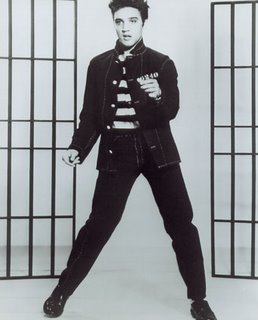 Junichiro Koizumi and President Bush can hang around the
Jungle Room all they want. Japan's prime minister can
even warble another rendition of "I Want You, I Need You,
I Love You," as he did at a birthday party for Bush last
year. But there are some things even presidents and
prime ministers can't do at Elvis Presley's Graceland.
As a guest of the president and first lady Laura Bush,
Koizumi will visit the Presley home on June 30, and
they'll pretty much have the run of the place. Presley's
private bedroom and the adjoining bath where he
collapsed... ...and died in 1977 will remain off-limits,
however. "You can't visit the upstairs at the White
House, either," said Jack Soden, chief executive of Elvis
Presley Enterprises. 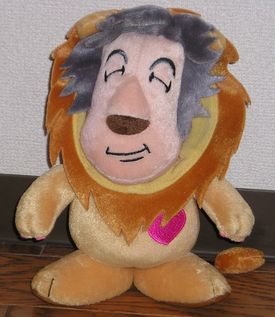 Koizumi, a big-time Elvis fan with a suspiciously
Presley-like hairdo, leaves office in September. He and
Bush meet June 29 in Washington, and the Memphis trip is
a farewell gift from the president. For the most part,
Koizumi and the Bushes will see the same Graceland other
visitors see: the shag carpets and ceramic monkeys of the
Jungle Room, which Elvis famously furnished with a
30-minute shopping spree; the glossy black baby grand
piano near the living room's white, 15-footsofa; and
hundreds of gold records, jumpsuits and guitars in
Graceland's museums. Graceland opened in 1982, and each
year, more than 600,000 tourists tromp through its first
floor and basement playrooms and visit Presley's grave
beside the swimming pool. But the home's upstairs is
closed to the public. The tour won't be completely
standard fare, however. It will be led by Presley's only
child and heir, daughter Lisa Marie, and her mother,
Priscilla. Lisa Marie Presley turned over management of
Graceland and sold the rights to her father's name and
image last year to CKX Inc., an entertainment company
that also owns the "American Idol" TV show.

Graceland's new bosses won't be around for the
president's visit because "they didn't want to get in the
way," Soden said. "This is not a photo-op for the prime
minister," he said. "This is truly a heartfelt desire to
tour Graceland, and the president and the first lady want
the prime minister to have that experience." 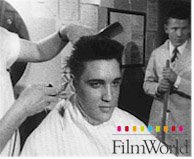 Bush and Koizumi are the first sitting heads of state to
visit Graceland, but Soden's staff is accustomed to
dealing with high-profile visitors, including foreign
ambassadors, movie stars and rock 'n' rollers paying
homage to Presley. "We're always ready for visitors
great and small," Soden said. "Every hour of every
daywe're fulfilling somebody's dream. They dream of
coming and seeing Graceland and this is their moment. And
that's true for the prime minister." The visit would be
such a moment, too, for many of Koizumi's countrymen.
Presley has been one of Japan's most popular American
entertainers since the 1950s and more than 2,000 Japanese
tourists visited Graceland last year.

The Elvis Presley Fan Club of Tokyo boasts more than
3,000 members, and The Elvis Presley Society of Japan
lists 2,000. Four years ago, Japanese fans quickly
bought all 200,000 copies of a limited-edition Elvis CD
featuring 25 songs selected by Koizumi. Yoko Hika,
president ofa club called C'mon Elvis Fans, said many of
the Japanese faithful are getting old, however, and the
prime minister's Memphis trip may encourage more young
people to give Elvis a try. "I hope the attention from
Koizumi's visit to Graceland makes them curious and want
to listen to his music," Hika said. (Agency) 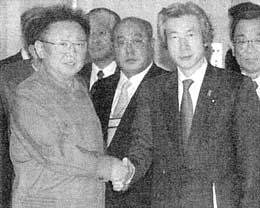 The Koizumi-Bush chemistry has been very important to
both men and to the strength of U.S.-Japan relations.
Bush and Koizumi are therefore sure to discuss how to
respond if North Korea, which declares that it has
nuclear weapons, tests a long-range missile. Japan is
within range of North Korea's missiles, and its
Taepodong-2 missile also is believed to be capable of
reaching parts of the United States. North Korea has
refrained from long-range missile tests since 1999. 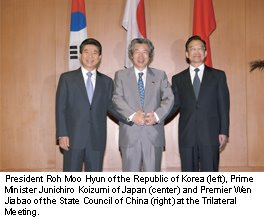 A defense official said Wednesday that while some
intelligence analysts believe the North Koreans fueled
the missile last week, others have concluded that they
didn't. U.S. intelligence agencies rely heavily on
satellite images of North Korea, and while they can show
missiles being moved to launch pads and fuel hoses being
connected, they don't show whether any fuel was pumped
through the hoses. The U.S.-Japan alliance has
guaranteed stability in the Asia-Pacific region for
decades, and the two countries want to preserve that
power as China grows. If China can't be contained, and if
China and the United States have to compromise on
everything there are serious reasons to worry about the
future of East Asia.
Posted by Unknown at 11:19 AM
Email ThisBlogThis!Share to TwitterShare to FacebookShare to Pinterest