But who will backup? 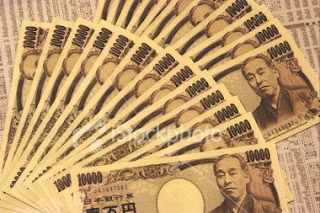 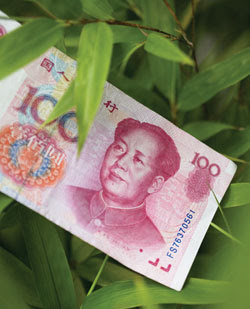 China and Japan, the two largest foreign-exchange reserve holders in the world, should join hands to ward off unfavorable fluctuations in a global financial market dominated by American and European currencies, a senior Chinese researcher said in the following hours of the Lehman Brothers bankruptcy.

"China and Japan each has more than $1 trillion in foreign exchange reserves, they both spend a lot of the reserves buying American bonds and financial products and bear the risks and losses from the depreciation of the US dollar," Zheng Xinli, vice-director of the Policy Research Office of the Central Committee of Communist Party of China, said at the Beijing-Tokyo Forum.

China's foreign exchange reserves exceeded $1.8 trillion at the end of June, compared to $1.002 trillion in Japan. The weakening of the US dollar in the past year has stirred debates in both countries on how to keep the cash pile from shrinking. Zheng said neither of the two Asian countries' currencies could enjoy the status of universal money, with the Japanese yen in the shadow of the greenback and the euro and China's renminbi not in a condition to be fully convertible. (China Daily 16Sept08)
Posted by Unknown at 10:01 AM
Email ThisBlogThis!Share to TwitterShare to FacebookShare to Pinterest