Autumn, a shift in political climate. 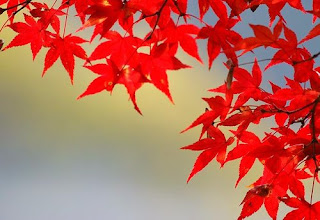 To Autumn, a poem by John Keats.

The poem widely has been considered a masterpiece of
Romantic English poetry. Literary critic Harold Bloom
described it as "the most perfect shorter poem in the
English language." Established poet Tom Paulin argues
that the poem is a response to the Peterloo Massacre
which occurred earlier that year 1819. The argument
follows that the notoriously dark third stanza depicts
a shift in the political climate towards a more
sinister age when such public displays of brutality
could happen anywhere, anytime, under any shape.

Season of mists and mellow fruitfulness, Close
bosom-friend of the maturing sun; Conspiring with him
how to load and bless With fruit the vines that round
the thatch-eaves run; To bend with apples the moss'd
cottage-trees, And fill all fruit with ripeness to the
core; To swell the gourd, and plump the hazel shells
With a sweet kernel; to set budding more, And still
more, later flowers for the bees, Until they think
warm days will never cease, For Summer has
o'er-brimm'd their clammy cells.

Who hath not seen thee oft amid thy store? Sometimes
whoever seeks abroad may find Thee sitting careless on
a granary floor, Thy hair soft-lifted by the winnowing
wind; Or on a half-reap'd furrow sound asleep, Drows'd
with the fume of poppies, while thy hook Spares the
next swath and all its twined flowers: And sometimes
like a gleaner thou dost keep Steady thy laden head
across a brook; Or by a cyder-press, with patient
look, Thou watchest the last oozings hours by hours.

Where are the songs of Spring? Ay, where are they?
Think not of them, thou hast thy music too,-- While
barred clouds bloom the soft-dying day, And touch the
stubble-plains with rosy hue; Then in a wailful choir
the small gnats mourn Among the river sallows, borne
aloft Or sinking as the light wind lives or dies; And
full-grown lambs loud bleat from hilly bourn;
Hedge-crickets sing; and now with treble soft The
red-breast whistles from a garden-croft; And gathering
swallows twitter in the skies. 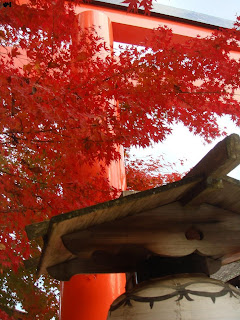 Posted by Unknown at 9:52 AM
Email ThisBlogThis!Share to TwitterShare to FacebookShare to Pinterest