Washington G-20 and the facade of irresponsibility. 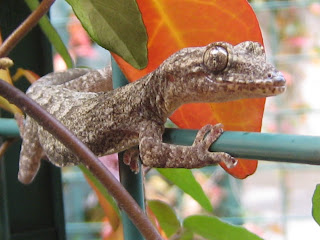 Notophthalmus, Taricha, and other genera, family of the Salamandridae, their bright eyes give them excellent night vision...

Here we are and Sarkozy got his gun, first historical move while Obama apprehends a new expected liberalism policy (Click the tittle to access The New Yorker paper). Now, strength of markets and world leaders will make the difference, " y-a-pas de lézard ! "

"Those who admire the nation that has built the world's greatest economy and has never ceased trying to persuade the world of the advantages of free trade expect her to be the first to promote fair exchange rates," French president Nicolas Sarkozy said prior to the G20 in a speech to a joint session of U.S. Congress. "The Chinese yuan is already everyone's problem. The dollar cannot remain solely the problem of others. If we're not careful, monetary disarray could morph into economic war. We would all be its victims". From the dollar diplomacy to the dollar supremacy to the dollar hegemony.

A few words from an enlightened Congress watcher.

"Dollar dominance got a huge boost after World War II, US coffers were filled with the world’s gold. But the world chose not to return to the discipline of the gold standard, and the politicians applauded. Printing money to pay the bills was a lot more popular than taxing or restraining unnecessary spending. In spite of the short-term benefits, imbalances were institutionalized for decades to come.

Using force to compel people to accept money without real value can only work in the short run. It ultimately leads to economic dislocation, both domestic and international, and always ends with a price to be paid."

As long as foreign recipients take dollars for real goods and are willing to finance US extravagant consumption and militarism, the status quo will continue regardless of how huge foreign debts and trade deficits and current account deficit become.

The economic law that honest exchange demands only things of real value as currency cannot be repealed. The chaos that one will experiment with worldwide fiat (arbitrary) money will require a return to money of real value. We will know that day is approaching when oil-producing countries demand gold, or other equivalent, such as a value based on sustainable development, rather than dollars or Euros. The sooner the better.
Posted by Unknown at 1:02 PM
Email ThisBlogThis!Share to TwitterShare to FacebookShare to Pinterest