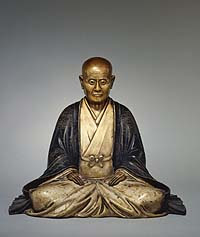 New challenge for Japan: After being regarded as the ultimate adorable old grand pa and grand ma, the crisis did not ignore the elders. Today, elderly criminal offenders have increased far more rapidly than the elderly population has grown, suggesting that factors other than the natural increase may be at work and an official report found a correlation between elderly offenders' criminal history and their living circumstances. It means that the more serious their criminal records are, the more isolated and economically strapped they are according to an official of the ministry of Justice who briefed the international press at the Foreign Press Center, Kasumigaseki, Tokyo.

As in previous years, shoplifting and other types of thefts were the most common variety of crime among elderly offenders, with 65.0 percent of the non-traffic Penal Code offenders aged 65 or older having been caught for thefts. They were followed by unlawful taking of lost things and similar acts classified as "embezzlement," and assaults, including those not resulting in infliction of injuries.

"Many elderly offenders have become distant from their relatives and economically strapped while at the same time having age-related mental and physical problems," said Toru Suzuki, a ministry official who compiled the report. "There are also those willing to take a job. To prevent repeat offenders, it is crucial to find out their needs through systematic support" involving probation offices, welfare groups and local communities."

The elder, not the better?
Posted by Unknown at 9:47 AM
Email ThisBlogThis!Share to TwitterShare to FacebookShare to Pinterest