South Korea's president is reported to have convened an emergency security meeting and Japan is setting up a task force in the prime minister's office. The KCNA report gave no details of the location of the test. South Korean officials said a strong seismic tremor, 4.7, was detected in the north-eastern part of the communist state. A tremor was detected around the northeastern town of Kilju, (40.9642 latitude 129.328 longitude) near where the first test was conducted in October 2006.

Pyongyang already stated it wanted to be recognized as a nuclear power. But Pyongyang knows its use would be suicidal! North Korea is known, although being years away from advance technology, to have missiles but not confirmed technology for being capable of carrying nuclear ballistic missiles on long range such as Asia or Europe or America. Some Asian stocks, Shanghai, Seoul, Hong-Kong, declined after nuclear test. 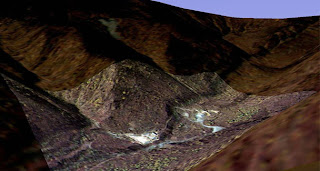