In Japan, poverty strikes first of all the children...

Fighting against inequality and poverty in Japan is said to be part of the Abe's reform since war’s end if I read the pro government newspaper Yomiuri shimbun after the PM speech this week at Diet.
"Abe said the government will take steps to promote women’s active participation in society and support employment of the elderly and young people. As part of measures to deal with poverty among children, he said the government also plans to eventually make preschool education free of charge and expand interest-free student loans." http://bit.ly/1zaM8lI

My comment, first of all politicians finally admit that their system did not work and they are not able nor prepared to cope with problems since the 1980's. "According to the OECD, inequalities are deeply rooted in Japanese society since the mid-1980s." Poverty exists in Japan and it is worth lots of news stories and I do one about it following Abe's speech at Parliament. Of course the Yomiuri is doing nothing else than propaganda for the government and it becomes a source of real concern. Asahi or especially the Mainichi reported earlier that it's the same Abe who's started to destroy the social aid measures and payment when he came to power late 2012, and isn't it the same who wanted to increase the indirect taxes on Japanese?

As sociology professor at Tokyo University Mr. Yuji Genda analysed: "Japanese economic prosperity hides a worrying phenomenon that continues to worsen for the elderly, the unemployed, and now the poor children."

This poor performance of Japan about social justice and equity (l'équité en Français) reflects real problems in the distribution of income, equal opportunities and social autonomy. To combat economic inequality, Japan prime minister says he is now thinking about the status of employment, public assistance, pensions and the minimum wage. A battle is engaged, it is time and urgent... 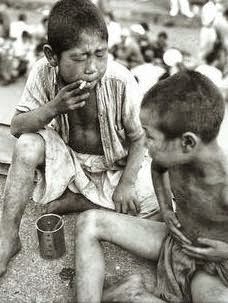 Posted by Unknown at 12:00 PM
Email ThisBlogThis!Share to TwitterShare to FacebookShare to Pinterest