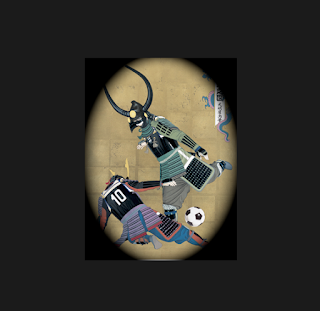 How Japan today often misunderstands basic principles of freedom of expression and denies access to information. A few words about it.

I am quoted in an article of January 2016 published in the Number One Shimbun (our publication at the FCCJ) "A Messy Maul for Japan's Rugby PR" written by my FCCJ and ex-Board colleague Fred Varcoe. Just one detail to add to his informative report.

Defend access to information is a must. In this article, Fred also recalls events that happened in Tokyo during a press conference held by FIFA Sepp Blatter but controlled by Japanese organisers prior to the 2002 World Cup. And what I did when I saw that we, foreign media, were restricted to ask questions although we were allowed to attend. The language stuff. It was early 2000's.

After FIFA president press conference prior to 2002 World Cup ended, while I did succeed in passing a barrage of chairs and local staff, I finally could talk to Sepp Blatter (in French), briefly, about the turmoil and discrimination provoked by Japanese organisers prior to the 2002 World Cup. Other events happened where we could see the discrimination towards foreign media. The first one being of course for journalists to be excluded of the Kisha Club system. The venerable institution that forbids the public of Japan to have access to non filtered news. Dozens of books were written about this grave lack of principle perpetuated in Japan for decades.

This year 2016, Japan will host the G7 in Mie prefecture at Isé. It is going to be a huge frustration for all of us, the media. Over 3500 journalists who will be kept very far away from the event. (If I remember 1993 New Otani G7, it is like a far dream long gone, as we saw with the media disaster Toyako 洞爺湖 G8 summit) I know that authorities are aware of it. It is a difficult issue for them but worst for us.

Access to information must be granted, media should be respected and officials must stop playing with journalists, treating them like if they are a variety of "criminals" ("You are foreigners so potential criminals" a civil servant told me once!)

Japan is often lacking elementary respect for the international media and for our hundreds of millions of viewers-listeners-readers. This truly reflects the abyss of understanding of what press is in the West, how it operates in democracies and what happens in Asia. Hong Kong today, China are well known examples, and also in Japan, a fact less known from the public.

Japanese security officers are getting awfully rude at foreign media, even block access to conferences thanks to zealous staff (It happened again at last TICAD in Yokohama).

On discrimination in Japan, one very interesting book recommended on NBR Japan U.S. Forum by Ivan P. Hall explains about the "Silence Barrier that has permitted Japan’s profound racial discrimination to purr along undisturbed well into the 21st century."

- Number One Shimbun (Our publication at the FCCJ)
http://www.fccj.or.jp/number-1-shimbun/item/726-a-messy-maul-for-japan-s-rugby-pr.html

Posted by Unknown at 8:36 PM
Email ThisBlogThis!Share to TwitterShare to FacebookShare to Pinterest