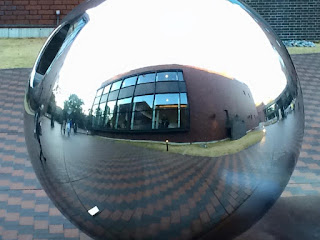 
After Leonardo da Vinci at Ryogoku Edo Tokyo museum, we visited Ueno Tokyo metropolitan art museum for Botticelli exhibition. Certainly admirable but there are actually very few works of art from both da Vinci and Botticelli.

Exhibitions introduce far too many minor work, details of apprentices or sketches. Already noticed at recent Gauguin exhibition in Shiodome. In the end, an impression to be caught in the nets of promoters instead of spending immeasurable pleasures for a few hours. Paris, London, New York etc museums remain the very top in quality, critics said...

Let's hope Tokyo, capital of Japan, will invest less in ridiculous public work and costly buildings to grease the wheels of Abe and Masuzoe political machines, and think about a policy to transform Tokyo into a hub of beauty, creativity and authenticity for creators and artists, past and contemporary.
"Japan economic animals" are very disappointing beyond their business obsessions seen post World War II. With the too few international recognition results noticed by severe overseas watchers. Inspired though by overseas creators and geniuses, Tokyo remains very disappointing in the field of art with the old Japan running according to one sole principle : profitability. Urk...

PS: Many free lands remain abandoned for various reasons in Tokyo and as soon as the land owner or relatives have got the land grabbed by the real estate quasi gangsters, buildings without any style and originality appear (nor earthquakes resistance apparently). Why not a "law" to force each ward or chome to build modern and environment friendly seniors care-centers and nursery schools on currently abandoned land of Tokyo? Mr Masuzoe said he is the richest mayor of the world. What is he waiting for making his city better and agreeable for elders and young couples desperate to have a family and social services in accordance with basic expectation from politicians and to challenge, say, the so called demographic bomb of Japan and plenty of other city afflictions...? Now don't tell me that I forgot that mafia runs large part of the metropolis!

Posted by Unknown at 7:50 PM
Email ThisBlogThis!Share to TwitterShare to FacebookShare to Pinterest