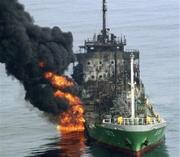 Japanese trade minister Shoichi Nakagawa urged China
Friday to resolve a row with Japan over gas projects in
the East China Sea through dialogue. Nakagawa's call
followed Beijing protesting Tokyo's decision to grant
test-drilling rights in a disputed area of the sea to a
Japanese oil company. "China recognized that it is in a
dispute (with Japan) over the sea area," Nakagawa said
during a news conference. "I want the country to
sincerely discuss the matter." The two countries should
try to turn the disputed waters into "a sea of
friendship," Nakagawa said. 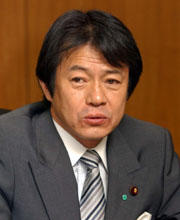 On Thursday, Japan granted Teikoku Oil Co. concessions
to conduct experimental drilling in the disputed waters,
which immediately drew fire from China. Chinese Foreign
Ministry spokesman Liu Jianchao said later Thursday that
the Japanese government decision will cause "severe
damage" to China's claim and "further complicate"
matters. A Chinese consortium is conducting gas projects
near the sites Teikoku Oil is to explore. Liu said it is
"an objective fact" that the two countries have a
dispute over the area. "We strongly urge the Japanese
side not to undertake activities not good for stability
in the East China Sea or overall Sino-Japanese
relations," he added.

The sites of the Teikoku Oil test-drilling are just east
of what Japan claims as a median line separating the
200-nautical-mile exclusive economic zones of Japan and
China in the East China Sea, an area about 400
kilometers east of Shanghai. China says the line is
invalid and claims its economic waters stretch to the
end of the continental shelf. 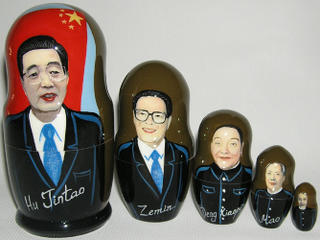 Japan and China have held two rounds of talks aimed at
resolving the row, during which China proposed joint
development of natural resources. But they have yet to
reach a breakthrough. On Friday, Economy, Trade and
Industry Ministry officials said the ministry and
Teikoku Oil have given nicknames to three gas fields to
be explored by the oil company. The three areas were
given Japanese nicknames of Shirakaba (white birch),
Kusunoki (camphor tree) and Kikyo (Chinese
bellflower), they said. Of the three, underground
structures in the Shirakaba and Kusunoki fields are
connected to those of two Chinese-developed natural gas
fields, according to a Japanese geophysical survey. The
Chinese gas fields -- Chunxiao and Duanqiao -- are
located a few kilometers from the Japan-designated
median line. The Kikyo is located north of the other two
fields.

China has formally protested Japan's decision to grant
drilling rights in a part of the East China Sea also
claimed by Beijing. 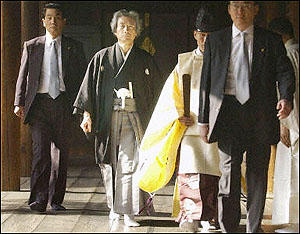 Cui Tiankai, a Foreign Ministry official, summoned a
diplomat from the Japanese Embassy in Beijing to issue a
strong protest against the Japanese government's July 14
award of drilling rights in the disputed area to Teikoku
Oil Co. Ltd. Cui told the embassy's economic section
minister that Japan's decision was a severe provocation
and a violation of China's sovereignty and interests.
End of quotes
Posted by Unknown at 12:42 PM
Email ThisBlogThis!Share to TwitterShare to FacebookShare to Pinterest