If under attack "we will have to respond with nuclear weapons", Chinese general! 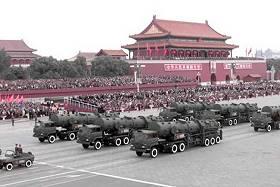 How to defuse the lift of the European embargo on the
sales of weapons to Pop China? Ask a Chinese hawk to
comment about threats, rely on the FT to publicize, and
the DoD boys will sing " Oh Happy day".

Quote : "... China is prepared to use nuclear weapons
against the US if it is attacked by Washington during a
confrontation over Taiwan, a Chinese general said on
Thursday. " If the Americans draw their missiles and
position-guided ammunition on to the target zone on
China's territory, I think we will have to respond with
nuclear weapons, " said General Zhu Chenghu.

Gen Zhu was speaking at a function for foreign
journalists organised, in part, by the Chinese
government. He added that China's definition of its
territory included warships and aircraft. " If the
Americans are determined to interfere [then] we will be
determined to respond, " said Gen Zhu, who is also a
professor at China's National Defence University.

" We will prepare ourselves for the destruction of all
of the cities east of Xian. Of course the Americans
will have to be prepared that hundreds of cities will be
destroyed by the Chinese". Gen Zhu is a
self-acknowledged hawk who has warned that China could
strike the US with long-range missiles.

But his threat to use nuclear weapons in a conflict over
Taiwan is the most specific by a senior Chinese official
in nearly a decade. However, some US-based China
experts cautioned that Gen Zhu probably did not
represent the mainstream People's Liberation Army
view.... " Click the title to access the report.

And as one good news is not enough for the US Japan
military alliance :

" Japan, U.S. interceptor missiles could be offered to
others: Ono 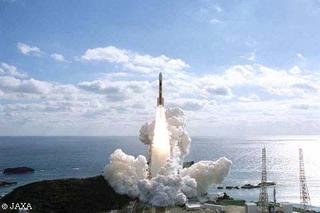 Interceptor missiles to be jointly developed by Japan
and the United States could be offered to third
countries, Defense Agency Director General Yoshinori Ono
said Thursday.

"If there is a request from the United States, it could
be possible for those missiles to be provided to third
countries under certain circumstances," Ono told a Diet
panel session, referring to a Japan-U.S. research
project on sea-based interceptor missiles to counter the
alleged threat of ballistic missiles from North Korea.

Japan hopes to make sure in advance that the United
States would obtain Japan's agreement for any transfer
to third countries of weapons to be developed jointly
with Japan, Ono told the House of Councillors Foreign
Affairs and Defense Committee. 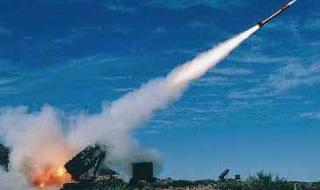 If the United States consulted Japan about such a
transfer, Japan would study the offer in light of the
government's policy to basically ban weapons exports, he
said in response to questions from Democratic Party of
Japan lawmaker Shinkun Haku.

Japan and the United States agreed in February to enter
the joint development phase. They had been conducting
research on the missiles since 1999.

The two countries envision entering the joint
development phase in Japan's fiscal 2006, which begin
next April, according to Japanese government sources.

Chief Cabinet Secretary Hiroyuki Hosoda said in a
statement in December that the joint development and
production of missiles systems with the United States
are exceptions to Japan's weapons export ban principles
on condition that they are strictly managed.

Hosoda issued the statement when Japan adopted a new
defense policy guideline announcing a relaxation of the
arms exports ban to enable the sales of missile defense
components to the United States. (Kyodo) "
Posted by Unknown at 10:13 AM
Email ThisBlogThis!Share to TwitterShare to FacebookShare to Pinterest