France branded as "No.1 tourism destination" 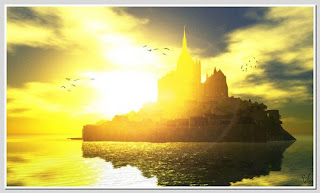 Mont Saint Michel under a golden sun. The Mount was edified in the 8th century, Normandie, France
http://en.wikipedia.org/wiki/Mont_Saint_Michel

Straight in my eyes, a Japanese academic, a friend of mine, tells me: "Jean-Yves Le Drian does not know his classics!" "Le Couesnon dans sa folie a mis le Mont en Normandie" (The Couesnon river in its frenzy put the Mount in Normandy) as shown in this image of the Tapestry of Bayeux:

The Tapestry of Bayeux by Queen Mathilde of England (11th Century), illustrating the Couesnon river

Nevertheless, my scholar's friend adds that the sympathetic president of the regional council of Brittany "takes his dreams for reality, the Mount Saint Michel will be an island, and not belong to neighboring Brittany" according to environmental work undertaken since 2005 to renew the site, impaired by alluvial land and sand accumulated for centuries, and re create the Mount as an Island by 2015.

This regional pride contest is an old story, as old as the Mount itself. Mount Saint Michel is a "temoignage" of the regional patterns and varieties of France. (Something Japanese understand pretty well regarding geographical competition and pride) This heritage of my country's history also is a symbol of impressive Christian architecture. Still Monsieur Le Driand words shared with a little group of French journalists Correspondents in Tokyo recently did not cause a big surprise for the people of Normandie. We all know The Mont is to become an island and a protected area. Protected for neighbors and tourists who flock to this impressive testimony of this legendary and strategical territory and "élégante silhouette" known by every Japanese.

Normandie, elevated in history with the arrival of Northmen. Vikings raided west of France for decades before to settle down after France crown signed Traité of St Clair sur Epte in 911 between King Charles III and Northman Rollon.

Normandie highlighted in history by the conquest of England by the Duke William The Conqueror of Normandie whose castles in Caen and Falaise illustrate the "Donjon feudalistic architecture" (It reminds me of the Gusuku castles of Okinawa Unesco registered).

The point here is that France is the top world destination for tourism!

With the opulent French Riviera, iconic Eiffel Tower, Mont Saint-Michel, Alps, Pyrenees and 90 other wonderful regions districts and counties, blended with a unique history, (and luscious vineyards) France stands tall and proud as the world’s No. 1 travel destination. This is the fact.

To capitalize on this noble and strong heritage, France launched a campaign to “re-brand” France, a place already considered a dreamland by would-be travelers across the globe.

According to the U.N. World Tourism Organization, 82 million visitors traveled to France in 2007, an increase of 3 million from the year before and well ahead of No. 2 Spain and No. 3 the United States, who welcomed 58 million and 51 million visitors respectively.

The logo features a young woman symbolizing Marianne, an allegorical figure and national symbol since the French Revolution, as she looks toward the future. The dreamy tag-line, “Rendez-vous en France,” is designed to seduce visitors to the land of fashion, food and fine wine.

Marianne invokes what the tourism authority, the Maison de la France, labels the traits that make France unique: adventure and spontaneity, a rich history, and of course, romance.

Determined to support the renewal of the French tourism industry, France’s number one economic sector, Christine Lagarde, Minister of Economy, Industry and Employment initiated earlier this year a strategic plan known as “Destination France 2020,” with the goal of increasing revenue and creating jobs. 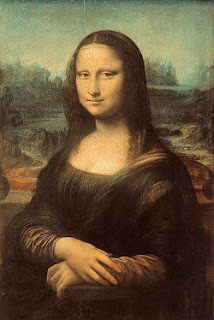 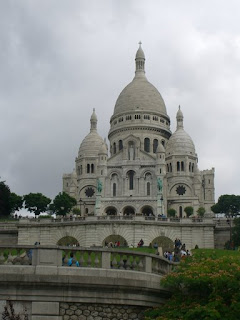 The plan focuses on three objectives:

- Updating the tourist product to respond to new expectations
Actions include a study to develop B-to-B marketing; a restructuring of the hotel classification system including the addition of 5-star level and financial loans for hotel improvements.

- Promotion of the new France brand
The France brand has been created to enrich and renew its image and to give a new meaning to “France.” Its objective is to establish a strong, united visual identity that can be used throughout the industry and to standardize the image of France worldwide. Represented by a new logo and tag-line, the brand will portray the importance of hospitality in France, and highlight the quality and distinct traits of the destination. 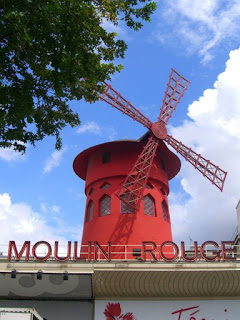 Posted by Unknown at 10:09 AM
Email ThisBlogThis!Share to TwitterShare to FacebookShare to Pinterest