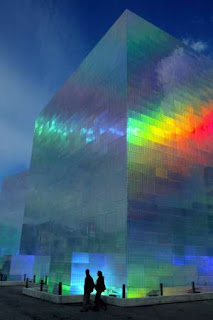 There is a wind of anger in Tokyo these days. The crisis is around. And the workers are angry. Back to the 70's?

"Parliamentary Secretary for Internal Affairs and Communications Tetsushi Sakamoto on Tuesday retracted his controversial comments questioning whether unemployed people who took shelter in Tokyo's Hibiya Park over the New Year period seriously possess the will to work. "I have caused trouble to many people," Sakamoto, a Liberal Democratic Party lawmaker from the Kumamoto third district, said as he apologized at a press conference."

It is not new to look down the temp workers in Japan. Last year 200 people rallied outside the headquarters of the Nippon Keidanren, the business owners lobby group, in Tokyo's main business district on December 16th 2008 to protest massive job cuts. Protesters chanted, "Toyota, stop cutting seasonal workers! We workers are not disposable!" and "Sony, stop massive firing!"

Is Japan back to staging demonstrations and speaking true, 1970's alike, as it was the case yesterday set by workers fired and asking the Keidanren to hear their problems, at the New Otani Hotel, during the New Year Party organized, decently but lavish indeed, by the Keidanren?

Here is a comment from one economy watcher:
"The credit crisis and global economic slump have battered export-reliant Japanese companies, throwing thousands of people out of work. The sudden surge in the numbers of jobless has grabbed nationwide attention because major companies in Japan have long had a reputation for promising jobs for life. Much of the recent criticism has centered on the widespread use in recent years of temporary workers, who have been the first to be fired in the downturn. The government estimates 85,000 temporary workers will have lost their jobs by the end of March."

Chairman Fujio Mitarai, the Keidanren chief, recently stated to the press that he is planning to compile its own job creation measures to address the recent tide of layoffs among temporary workers by promoting green technology. But currently things are somber: "To solve the current labor problems, the corporate sector should create a safety net together with the government and take every step to expand employment. The idea of work-sharing is one option for a company that needs to adjust employment"

But is Japan ready to adapt to these European based labor reform?
Posted by Unknown at 10:55 AM
Email ThisBlogThis!Share to TwitterShare to FacebookShare to Pinterest