Change the World or look behind! 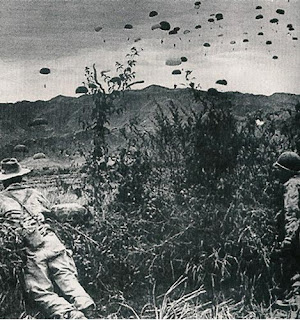 Costly human loss prior to negotiations around a table

The 56-day siege of the fortress at Dien Bien Phu
ended on this day in 1954, with the surrender of
French forces to the Vietminh (Vietnamese
anti-colonial group). This decisive confrontation
capped the Indochina War and prompted the French to
withdraw from Vietnam. The border town of Dien Bien
Phu in northwestern Vietnam was the site of a garrison
of about 15,000 French soldiers when it was attacked
on March 13 by approximately 50,000 Vietminh troops.
The vastly outnumbered French quickly ran out of
supplies and could not be reinforced in time. They
held the fort for 56 days but were overrun by their
attackers. The era of French colonial rule in Vietnam
effectively ended with this disastrous defeat.

These historic facts can be found in any of a hundred
books recounting the history of post-World War II
Vietnam. What cannot be found in such books, however,
is the personal viewpoint of General Giap. To get
this perspective, one must look between the covers of
Dien Bien Phu. The first section of the 166-page
paperback contains a personal memoir written by Giap
in commemoration of the battle's 35th anniversary in
1989. The second section contains a detailed account
of the battle originally penned to celebrate the tenth
anniversary of the Dien Bien Phu victory. I could not
tell if Giap authored this section; the numerous
references to "U.S. imperialists and their stooges"
suggest the work of government propagandists. Three
fold-out maps of the battle zones, six pages of black
and white photos, a color portrait of General Giap in
his white dress uniform, and letters from President Ho
Chi Minh to the "fighters of the Dien Bien Phu
battlefront" supplement these two sections.

General Giap's memoirs comprise the most interesting
portion of the book. We learn details like the fact
that Giap traveled on horseback or in a captured army
jeep and that he had great affection for the natural
beauty of his country. And we learn that as commander
of the assault on Dien Bien Phu, Giap faced a
difficult decision. Should he follow a strategy of
"swift attack, swift victory," in which his troops
would make a lightning charge into the heart of the
enemy defenses? Or go for a "steady attack, steady
advance" strategy, in which his troops would patiently
and methodically grind down the French defenders?
Both options carried serious risks. After much
agonized deliberation, Giap chose the "steady attack,
steady advance" plan and fought on to victory. This
decision remains one of the most significant of the
entire conflict, for had Giap chosen the lightning
strike option, the French might well have defeated his
attack.

Battle of the Coral Sea 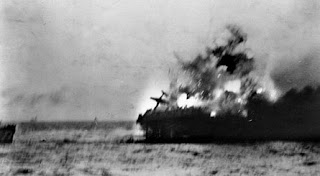 If Japan had won the Battle of the Coral Sea and had
then triumphed, a month later, in the Battle of
Midway, where they were decisively defeated, then the
Pacific War might well have had a very different
outcome.. Japanese and American naval forces clashed
on this day in the Battle of the Coral Sea. The
battle was most notable because the opposing warships
did not fire a single shot. Warplanes based on
aircraft carriers did all the fighting. The battle
was a stalemate, but was interpreted as a strategic
victory for the allies because it forestalled a
planned Japanese invasion of New Guinea.

I know, it's tough, so: "Change the World" and first
click the title... Clapton & Babyface. 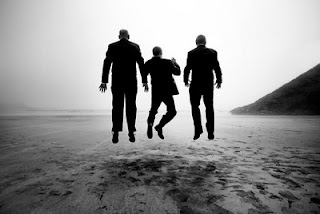 Posted by Unknown at 8:22 PM
Email ThisBlogThis!Share to TwitterShare to FacebookShare to Pinterest