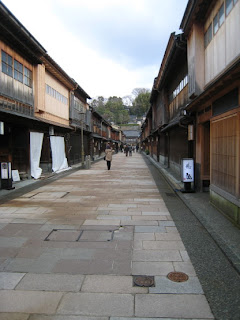 Kanazawa, the biggest city in the Hokuriku region has a
population of 450,000, and is a castle town that was ruled
over by the Maeda family for three centuries after the
first lord Toshiie Maeda entered Kanazawa Castle in 1583.

The development of its special products like rice, sake,
sweets, etc. was due to its temperate and rainy climate
with heavy snow in winter.

The city is surrounded by the Japan Alps, Hakusan National
Park and Noto Peninsula National Park. Two rivers run
through the city; the Sai is said to be a lively masculine
river and the Asano to be a sweet, feminine river. Such a
natural background of great beauty gives the city a relaxed
feeling. 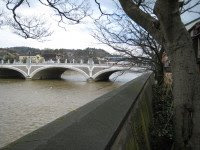 Since the Kaga Clan invited many artists and craftsmen to
this area, it achieved a high level of craftsmanship that
continues to flourish to this day.

Foodopia Kanazawa is a place for people to enjoy Ishikawa's
food and the regional characteristics that have nurtured
this distinctive cuisine. It is held in winter when many
traditional delicacies are abundant and at their best.
Launched in 1985, this food festival has become a major
attraction of the Ishikawa winter. Foodopia Kanazawa
consists of a number of events spread out over a whole
month. They include the “Shoku-dan”, literally eat and
talk, in which people converse on cultural topics with
famous personalities while enjoying Ishikawa's striking
winter delicacies; and "Foodopia Land", a venue for
traditional hearths, food stalls and stage events at a park
in the heart of the city.

People enjoy their market centuries old and taste the much
controversial sushi of "Kujira". 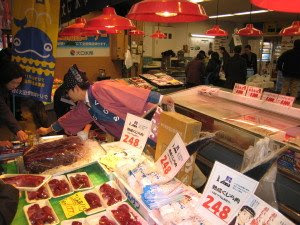 Asadaya, an old Japanese restaurant and member of the
Association of Kanazawa city and its branch, old and new. 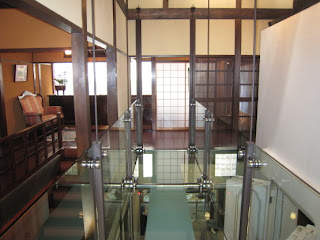 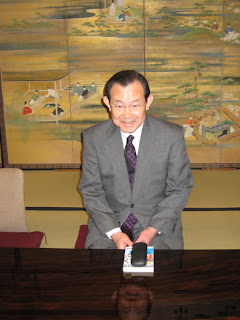 Asada san, my first encounter on the city, owner of
the renown Ryotei where David Rockfeller himself
stayed for a modest 2,5 million yens vintage bill. 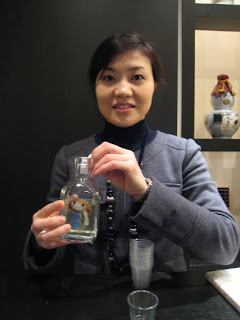 A 100-year old "o-chaya" tea houses in Kazuemachi, near the
Asano river, Kanazawa, has been renovated and made into a
machiya traditional Japanese house. 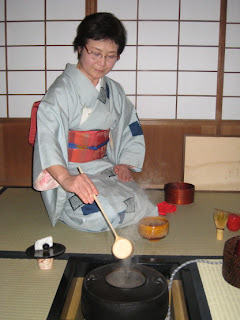 At Kenrokuen Garden, the ropes tied to trees “yukitsuri”
to protect them from the snow are themselves are remarkable
sight of the Hokuriku winter. The garden is also
illuminated four times a year. Kenrokuen is especially
stunning in winter. 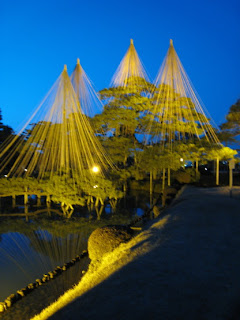 Located in the center of Kanazawa City, this is a museum of
contemporary arts with a circular design that generates a
uniquely free and open ambience. With its main concept of
“a museum that resembles a park in the city”. 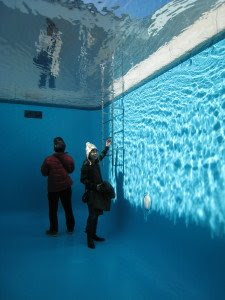 Ishikawa rivals cities like Tokyo and Kyoto when it comes
to thriving arts and crafts. One of the Ishikawa
Prefectural Museum of Art's founding principles was to
focus on Ishikawa's own artistic creativity and it
emphasizes these regional aspects by exhibiting such
cultural properties as the treasures of Maeda Family, which
used to rule the Kaga region, presently Ishikawa
prefecture.

The city is a treasure to discover and to enjoy with
old architecture as the restaurant and museum of
an art collector where I had and excellent diner
and discovered a Chinese poem written by a
painter with lilliputian ideograms in a centuries
old ceramic cup. 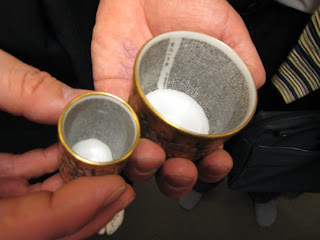 A report introduced thanks to Foreign Press Center and the
Prefecture of Ishikawa. Warmest appreciation.
Posted by Unknown at 10:50 AM
Email ThisBlogThis!Share to TwitterShare to FacebookShare to Pinterest